Comethazine is rap's next king, and he wants you to know. Following the viral success of his track, "Walk," in 2018, Comethazine has followed it up with a remix, featuring A$AP Rocky.

The young rapper, born and raised in East St. Louis, Missouri, has been releasing a string of mixtapes and singles throughout his teens. While the viral success of songs like "Walk" and "Bands" in 2018 make it seem like Comethazine was an overnight success, he has actually been building his rap career for years.

First, he worked on a more classic, lyric-centric flow, but now is known for creating Lil Uzi-style party anthems, making him one of the most masterful new faces in the genre. His perceptiveness to rap's trends and evolutions over time also position him as one of the few viral sensations who can and will stand the test of time.

Recognizing music isn't stagnant, he moves alongside it and sometimes even in front of it, setting trends for others to follow. In a post- "Mo Bamba," "Gucci Gang" world, there seems to be nothing more important for a rapper than a catchy hook. And that might be Comethazine's greatest talent of all. The young artist has a penchant for easy hooks, writing them like it's nothing.

Comethazine's new track, "Walk" (Remix) (Feat. A$AP Rocky), premiered by Zane Lowe on Apple Music's Beats 1 Radio this week, stands as a perfect example of this. The chorus is addicting and filled with a  powerful, alpha male assertion. The 20-year-old's fiery triplet flow is driven by a sort of youthful restlessness, strong enough to go toe-to-toe with rap veteran, A$AP Rocky. Rocky complements Comethazine's verse with a quieter assuredness, balancing the track comfortably between the two artists.

A$AP Rocky first became a fan of Comethazine's in late 2018 when he heard "Walk" and quickly invited the young rapper to join for a few dates on his Injured Generations tour. The two artists became fast friends, soon deciding that they would work together on a remix of "Walk."

In 2019, Comethazine has already released his second EP, Bawskee 2, amassing 71 million streams to date, as well as the remix of "Walk," proving that the hard-working, young talent is only just getting started. Stream the  "Walk" remix below. 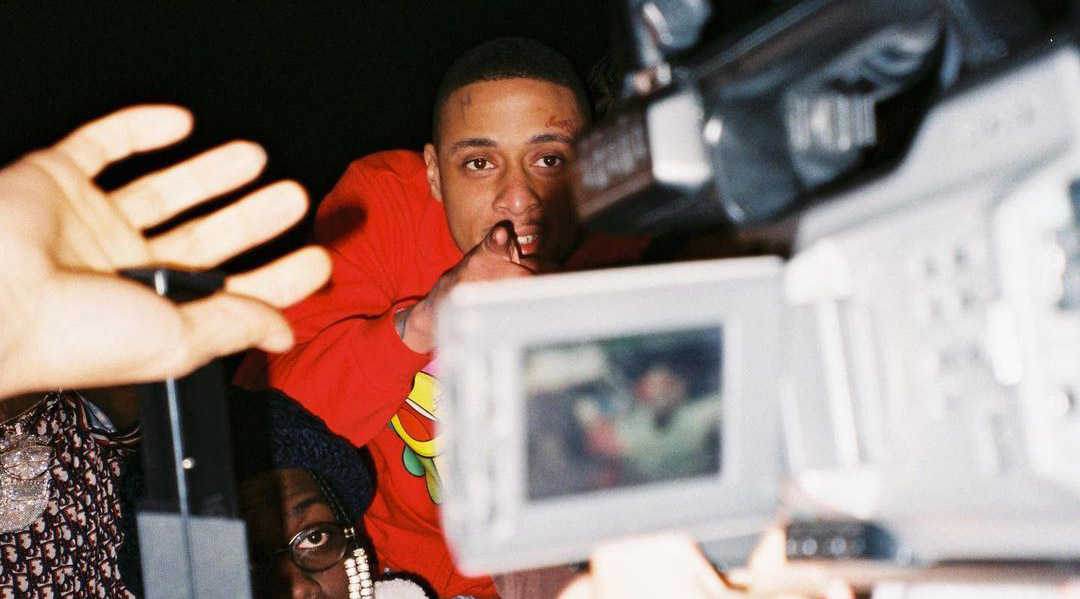