Named one of our top artists to watch in 2022, BoyWithUke is an entrancing enigma. Behind an LCD mask, the anonymous artist has exploded onto the scene as one of 2022's breakout stars, racking up over 12 million monthly listeners on Spotify. It's a testament to the rapidly rising artist's ability to leave a palpable emotional impact with heart-tugging lyricism and instantaneously infectious production.

The latest standout moment in a series of standout moments for BoyWithUke arrives in the form of "IDGAF," featuring blackbear. Making the most of BoyWithUke's wear his heart on his sleeve approach to songwriting, "IDGAF" is an unflinching portrait of a relationship that's already met its bitter end. Perfectly petty in all the right ways, BoyWithUke and blackbear match earworm, radio-ready production with unapologetic low blows. "Cause I don't give a fuck about you no more / Give me back my hoodies or I'm kickin' down doors," sings the freshly formed duo in a hook that's just begging to get stuck in your head.

The new single is the latest glimpse into BoyWithUke's highly-anticipated debut album, Serotonin Dreams, set to release April 15. Speaking on the blackbear-assisted single, the breakout star shares, "'IDGAF' was so exciting to make for me. hearing all the components of the song merge together to make the tune was so much fun, and on top of that, i was able to work with such a talented guy like blackbear. i'm just so excited to show people what i can do."

Whether you make a habit of stealing sweaters as a consolation prize or the one left wondering where your favorite hoodie went, "IDGAF" is the perfect anthem to score the end of your next relationship, fling, situationship, you name it.

June 24, 2022 "It's the perfect song for the next phase of my career and life."
Author: Ally Rincón
pop
hyperpop
glaive
minnesota is a place that exists 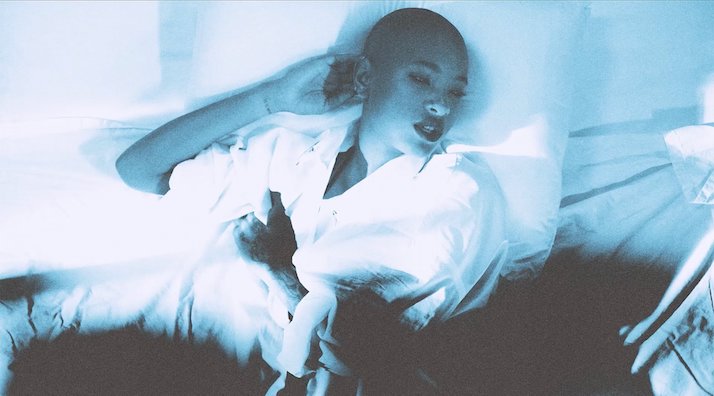 @onestowatch · 6h
. @peachtreerascal, latest release "Let U Go" is an anthem for the summer. Luckily, we had the pleasure of speaking… twitter.com/i/web/status/1…

@onestowatch · 1d
. @WeAreTheWrecks demonstrate their growth in their long-awaited, genre-bending eleven-track record, Sonder. We had… twitter.com/i/web/status/1…
MORE ON TWITTER