After an exhausting day of being disoriented by the breakneck speed of life, surviving off of snacks and digital validation, too distracted to hear your body yearning for water and light, you return home to a comforting bowl of soup someone who loves you has made. Nourishing and warm, it commands your full presence and you have no choice but to be still with it. You can't rush through it, nor disrespect it with split attention. You sip it slowly and intentionally, witnessing how every individual ingredient is heard, yet playing a vital role in something bigger than itself. You feel held and cared for, revitalized yet at full ease.

Take that feeling, give it a sound, and that's Kokoroko.

The UK-based ensemble makes music that feels like a soul's return home. It's a deep exhale, a tangible reminder that music at its rawest form is medicine. With their jazzy, West African-rooted songs averaging about six minutes each, it's difficult to not fall into a trance-like state. Each melodious track is a journey, paying deep respect to its Afrobeat origins.

Made up of eight members, what's most impressive about their work is their ability to integrate their varied flavors, stories, and individualities so cohesively. They all glisten in perfect harmony, fitting together seamlessly while not diluting one another's shine.

Ones To Watch had the absolute pleasure of getting to sit down with vocalist Sheila Maurice and percussionist Onome Edgeworth to discuss their commitment to paying respect to their heritage, how they remain rooted in their truth in an industry with a withering attention span, and their upcoming album Could We Be More?

Ones To Watch: The music you make pays such beautiful homage to your homeland. What do you want those who aren't from West African or Caribbean upbringings to know about your culture?

Onome: It's less of what we want them to know and more a feeling that we want to transmit. That sense of enjoyment, ownership, playfulness. The feeling that we have when we're in our households and when we're with our people. When we go to a place and they're playing West African music we're like, "Oh yeah this is a vibe, this is me." It's nostalgia and we want to share that.

I love that. You can taste the intentionality when you listen to your music, the respect that's in your work. In an industry that's very TikTok-led, have you ever struggled with remaining committed to your art rather than wanting to make something radio easy or that can go immediately viral?

Sheila: I feel like we've done a really good job of that. We've tried to be honest and authentic with what we do. I don't think we've compromised with anything that we do, really.

Onome: Yeah, some of our songs are like 10 minutes, haha. With no TikTok-able moment.

Sheila: I feel like a lot of people catch onto that. I feel like they love it when they see people being authentic and real, being honest.

Onome: You have to work to enjoy our music. Some of our songs are a bit messy in parts, a bit chaotic.

Onome: So we try to own and enjoy that about our art, it's a journey. You've gotta come with us and meet us where we're at.

It's a welcomed challenge, because people's attention spans these days have dwindled to almost nothing with social media. Do you guys struggle with that at all, wanting to make these sonnets when our focus is so compromised?

Sheila: You of course have to make radio edits, but we haven't struggled too much with that.

Onome: The song is in control. Whatever the song needs, you do that. And then obviously if you have to cut for radio you do, but for some of them it doesn't work like that, so you don't.

Sheila: And as far as social media goes, I think we're honest there, too. We show who we are, we're playful.

Onome: Yeah, the biggest problem with social media is getting distracted during rehearsals or in the studio. Everyone's just in rehearsals like (brings phone a centimeter away from face).

What do you think little you would think about your lives right now?

Sheila: Aw man, what a cute question. I think the younger version of us would be flabbergasted. We'd be really proud of ourselves. We didn't even imagine being at this place in our lives, I don't think I could have visualized it.

Onome: Yeah, things didn’t indicate that they were going in this direction.

Onome: This was always something I wanted to do, I admired people that had done this job, so I think younger me would like me.

I would hope so! Check in with little you sometimes cause they'd probably give you the validation to remind you "Hey, this is really cool." So what can we expect from your upcoming album Could We Be More? The singles so far are incredible.

Sheila: We're having, well I wouldn't say a fresh start but, we're showing everyone what our sound is right now and what our potential is. It's almost like a reintroduction to ourselves I guess.

Onome: Even for us, it's like we're documenting us finding our sound and playing around. The studio is a tool we've never really used before.

Sheila: Yeah, because prior, before we recorded the album, we used to essentially just write music and perform it, and then we'd workshop our songs to the audience. But this time we were forced to compose in a different way.

Onome: Yeah because you're performing, going crazy, and the audience is vibing to it so you're like "Cool, let's do that in the studio," but then there's no audience in the studio so the vibe changes completely and it doesn't translate. So learning to record in the studio is something we had the time to do this time. We're creating in a different way.

Sheila: Working with a producer is new as well, we'd never done that before.

Oh, wow! I'm curious to see how all these little microshifts have led to something new. And lastly, of course, who are your Ones To Watch?

Shiela: I know we'll both agree on this one, BenjiFlow.

Onome: And Loshh. They're both on tour with us and they're great artists.

Sheila: And Lady Donli. I'd even say Miles James as well, I know he's working on some stuff.

Check out Ones To Watch's TikTok to watch Sheila and Onome play a game of "Who Is Most Likely To," where we learn which band member gets the hangriest, is the group therapist, and has the most unread DMs. 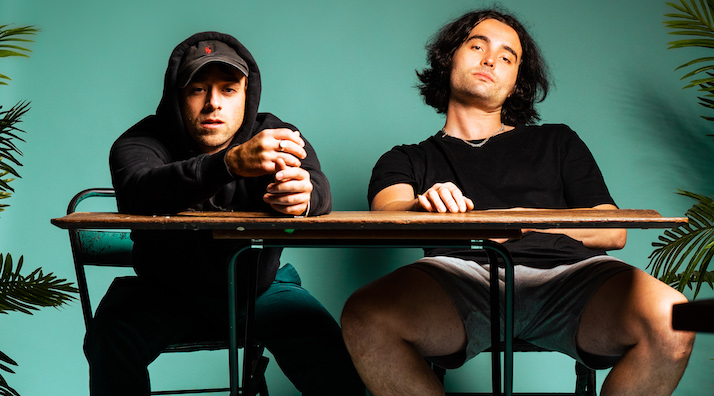 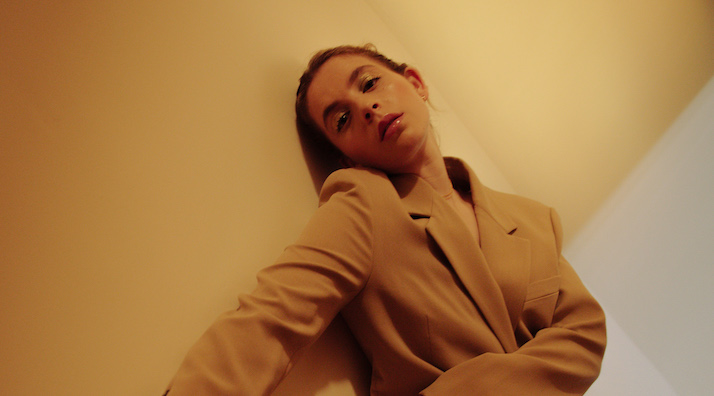