Rising grunge-pop artist 44phantom is one of the most promising up-and-coming artists in the alternative scene, and he has blessed the beginning of our 2023 with the release of yet another alt-banger, "cherry cigarettes." The single is an upbeat tune that sees the artist unapologetically call out this ex on their mistreatment and dives into existential territory with its witty, vulnerable lyricism.

The short but bittersweet single opens with catchy, bright guitar riffs, while 44phantom's smooth vocals paint a vivid sonic picture of betrayal and volatility. The artist details their disappointment over a lover who used them for "a quick night in your room" and became "another soul" they consumed. "Fuck you and all your friends / Smoke your cherry cigarettes and talk about me / I know y'all talk about me," the singer croons with passion as the chrous' angst-fuled instrumentation washes over the listener.

The short, accompanying visualizer is an equally engaging, Lynchian visual full of eye-catching scenes featuring, as the song title suggests, tons of cherries and cigarette-smoked-filled rooms. Viewers watch 44phantom as he plays with a lighter alone in a red-lit room on a couch before being joined by a clone of himself. We then see his presumed ex smoking alone and writing "fuck you" in bright red lipstick on a bathroom mirror.

The new track follows the release of 44phantom's previous efforts, "hurricane" and the Machine Gun Kelly-assisted "don't sleep, repeat," the latter of which skyrocketed to mainstream attention. In addition, the new single marks the first release from 44phantom's forthcoming EP due this spring.

Watch the "cherry cigarettes" visualizer below:

Floyd Zion Pushes Forward At All Costs in "Belly"

January 13, 2023 “Belly” is a declaration on the war against stagnancy."
Author: Jazmin Kylene
alternative
floyd zion
belly
pink by floyd 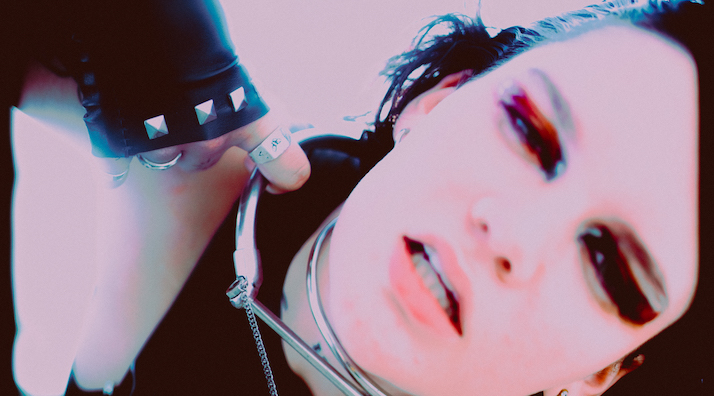 January 12, 2023 "Writing 'Sweat You Out My System' felt like it opened so many doors in my brain to other types of music."
Author: Alessandra Rincon
pop
alternative pop
may-a
sweat you out my system