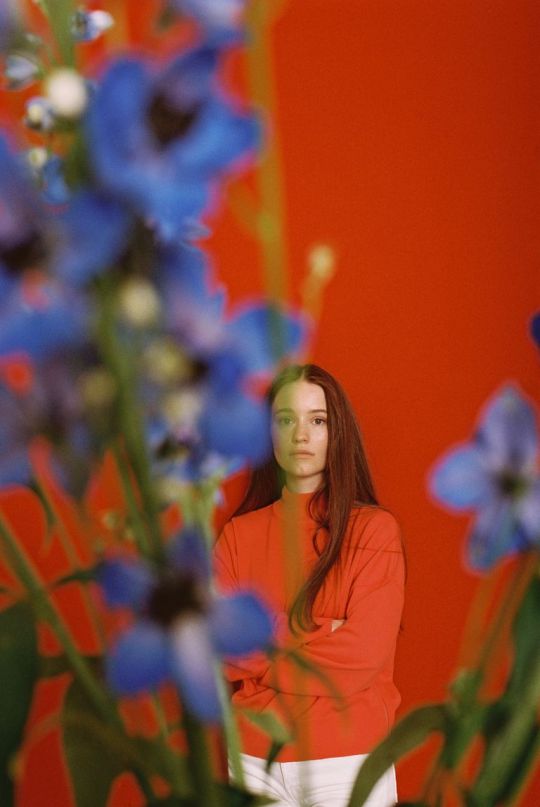 Norway's inconspicuous town of à…lesund is about to make serious headlines with the incredible electro-pop stylings of native Sigrid's stunning debut album, Sucker Punch. Reviving the rebellious side of pop music, the 22-year-old shines with non-conformist and progressive attitudes toward the femininity in pop culture. Kicking off 2019 with a sold-out headlining performance at Brooklyn Steel NYC and an acclaimed performance on The Late Show with Stephen Colbert, Sigrid's phenomenal year continues with the thrilling release of her fantastic debut album, Sucker Punch.

Following her two previously released EPs, Raw (2018) and Don't Kill My Vibe (2017), Sucker Punch is Sigrid's unmatched collection of 12 dynamic tracks that showcase her lengthy journey as a continuously growing artist. Although this bubbly record definitely has some select pop songs about boys and heartbreak, Sigrid makes a trying effort to touch on more mature topics to truthfully reflect her current perspective on life.

The crushing record immediately slams us with title track "Sucker Punch," which features Sigrid's uplifting vocals alongside jumpy synthesizers. Layered with enticing pianos and stirring electronics, "Don't Feel Like Crying" is inspired by a time Sigrid was able to momentarily push heartbreak aside to enjoy herself. On a similar note, Sigrid channels her frustration during a difficult writing session into an opportunity for growth and self-reflection in "Don't Kill My Vibe." She sheds light the professional side of being in the entertainment industry with "Business Dinners," as she suggests that the money-hungry executives want her to have a clean, respectable image because that funnels in profits for them. The eclectic Sucker Punch closes with "Dynamite," a touching piano-driven ballad about lost loves and being realistic about thwarting circumstances when it comes to meaningful relationships.

Enter the boxing ring of emotions with Sigrid's Sucker Punch below:

Following her massive arena tour with George Ezra, Sigrid will be joining Maroon 5 in Europe this summer, then headlining her own UK/EU tour later in the year.

In the spirit of SXSW starting TODAY, revisit Sigrid's impromptu courtyard  a cappella during our 2017 SXSW run:

January 30, 2023 "It's a song about insecurity and vulnerability, about giving a lot of yourself away..."
Author: Alessandra Rincon
pop
maisie peters
body better

Alexander 23 Wistfully Looks Back and Forward in "How To Drive"

January 27, 2023 "Life can be complicated, and life can be simple, and it can get real hard to tell between beauty and pain."
Author: Alessandra Rincon
singer songwriter
pop
alexander 23
how to drive