The Noise is Ones to Watch’s home for all things punk, hardcore, metal, emo, you name it.

Hot Mulligan has crowned themselves as the "#1 Hot New Band" and they have been working nonstop to live up to that title. From recently putting out two new EPs to follow up their masterful full-length You'll Be Fine, to an entirely sold out US headliner, the Michigan-based band shows no sign of slowing down any time soon.

While out on their current run supporting pop-punk favorites Knuckle Puck, The Noise sat down for  a chat and photo session with Hot Mulligan's charismatic guitarist/backing vocalist Chris Freeman.

To see what Freeman, aka XLHC (Extra Large Holiday Card), had to say about Hot Mulligan's most recent tours, his solo work, and what's next for the band in 2022, be sure to read below.  Afterward, don't forget to check out the rest of Hot Mulligan's remaining tour dates with Knuckle Puck, Meet Me @ The Altar, and Anxious  here.

The Noise: What's it like to be back out on the road after finishing up your massive sold out headliner?

CHRIS FREEMAN: Awesome, honestly! It's nice to be direct support and play a little earlier. We love Knuckle Puck too, so seeing them every night is great. Just happy to be here.

How is the current tour with Knuckle Puck going so far? What have been some of your favorite memories on this run?

It's great! We first toured with them in 2018 as an opening band, and we're glad to be out with them again. So far we've played some Picollo, wiffle ball, and I've just enjoyed catching up with them again since the last time we saw each other. A lot has happened for both of our bands and it's been good to catch up and watch them every night.

Hot Mulligan has been an important band in this recent pop punk / emo revival. Do you feel like the nostalgia wave has been beneficial to newer bands? And if so, in what ways?

I think it really depends on the band. We all grew up listening to bands that people tend to think of as "nostalgic" now and all of those bands are important to us. I think people wanting to reinvest themselves in that sound in recent years has definitely been beneficial though. I've seen a lot of older fans at Hot Mulligan shows where you'd maybe think they're not our demographic, but some of them think of us as like a callback to that earlier sound and I think that's really cool because I love that music too.

You've been more active lately as a solo artist under the name XLHC (Extra Large Holiday Card)  – what motivated you to start releasing more music outside of Hot Mulligan?

I just started writing songs that definitely weren't HM songs, but I wanted them to see the light in some way. I just want to be able to make whatever I want and release it and not care about expectations or wonder if it's going to be received well.

Do you have any plans to tour as XLHC, and if so, which artists would you like to tour with?

Currently, no plans, but I'd love to! In my dream world, I'm out there with Charli XCX. It won't happen, but I wish that were me. Other than that, I want to tour with my friends like Guardin, 93FEETOFSMOKE, and Fats'e. I love all of them and listen to them a lot and we're always talking, so I just think it would be fun to hang with all of them for a bunch of days in a row.

You've collabed with a few different artists like Guardin & Brody… Does Hot Mulligan have any plans to work with any artists in the future?

We've talked about it but we just need to write a song that calls for it if that's going to happen. We've just never done anything like that and have kept things in-house over the years, but we're open to the idea and if there's someone we could hear on one of our songs, we'd definitely ask them!

Last year Hot Mulligan released Acoustic Vol. 1 implying there would be future volumes. Can you explain how that idea came to be & what we can expect for future volumes?

We wanted to release more music and had talked about doing acoustic renditions for a while; we just weren't ready for another original EP or album. We planned for extra time while recording IWROTY to see if we could make the acoustic EP happen at the same time, and it worked out well, so I'm glad we were able to do that. I don't know what to expect for future volumes yet. They could be more diverse. We've talked about songs we might do for it, so we'll see!

Lastly, what's next for both XLHC and Hot Mulligan?

So much music will come out within the next 12-15 months. I'm really excited for it. HM will be going overseas for the first time and I'm hoping to be doing my first XLHC shows by the end of the year! 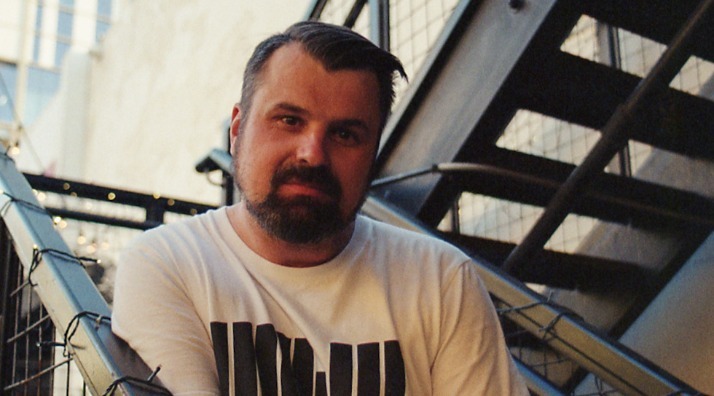 April 19, 2022 Silverstein are currently in their 22nd year as a band and show no signs of slowing down anytime soon.
Author: Moe Horta
The Noise
Emo
Silverstein
Misery Made Me
Shane Told
UNFD
Post Hardcore

April 14, 2022 Helping carry the torch for those that came before them, Greyhaven is gifting listeners with their jarring third full-length album.
Author: Jimmy Smith
The Noise
Hardcore
Greyhaven
This Bright And Beautiful World
Equal Vision Records
Metalcore