Pink and purple flashing lights, glimmering guitar riffs atop a gentle bass, and erratic vibrations coming off of a tightly packed dance floor. It’s a Friday night and as fate would have it, you’ve found yourself gently swaying to the steamy electric guitar that’s emitting from the speakers of your favorite nightclub. You’re floating through time and space and the lush vocals from the song are your only guide. The song picks up speed, the lyrics, “My love meets no end / My heart is yours to break or mend / We ain’t gotta rush” leave your head spinning and your heart pounding. You think to yourself, “What song is this?”

Manila-hailing artist Kiana Valenciano has joined forces with Filipino-Australian artist and producer Billy Davis to create the electropop, R&B-adjacent bop “No Rush.” The track bears an enveloping sound that instantly captivates listeners with a tuneful electric guitar before sending us off with an incredible bassline.

By the time Kiana’s lucid vocals come into play, listeners begin to find themselves confidently lost in a dreamlike state. The Filipino artist, songwriter, performer, influencer, and fashion model utilizes her enthralling vocal prowess to induce an almost celestial high in all who listen.

Captivating audiences is nothing new to the 26-year-old who garnished millions of streams with her 2017 breakout single “Does She Know.” A year since the release of the single, Kiana dropped her debut EP, Grey, which featured the standout track “Caught U.” In turn, the single brought her a 2019 Awit Awards' - the biggest award in the Philippines - nomination for "Best Performance by a Female Artist."

“No Rush” blends emotion with devotion but allows room for a recreational sound that keeps a room moving and grooving. Billy Davis, who is most noted for his standout tracks with artists such as BROCKHAMPTON, Denzel Curry, Noname, and Smino, spoke on the track, sharing,

To grasp a sense of what was going on a bit behind the scenes, Kiana added,

"I had the lyrics and a melody and once Billy started playing on the keys, I started singing along and it just went on from there. Often times couples get into arguments because of insecurities and pressure and I wrote this thinking about how sometimes you just have to reassure your partner that you're on the same page and there's no need to rush the natural flow of the relationship.“

Listen to  "No Rush" below: 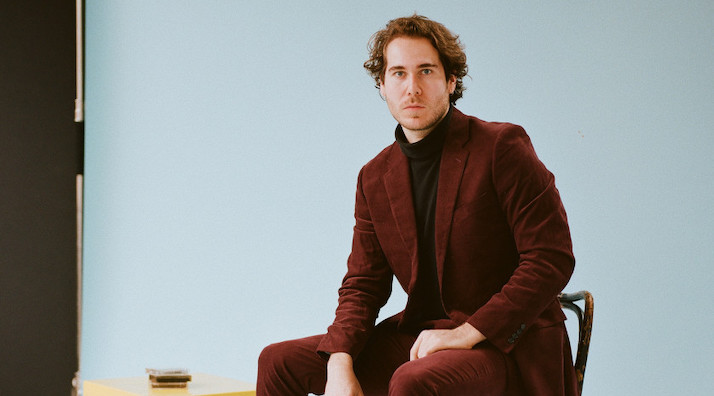 Journey to the Other Side of Heartache With Harrison Lipton's 'Speedracer'

July 5, 2022 “How do I heal from a relationship that gave me the highest highs and the lowest lows?"
Author: Jolene Latimer
soul
R&B
ivy sole
hadji gaviota
harrison lipton
speedracer