While I had been aware of Tom The Mail Man from a distance — via the legendary / now defunct Overcast syndicate — it wasn’t until I heard the upbeat-rock infused banger “NOTHINGTOLOSE” that I became a fiend for his work. Whether you’re feeling ecstatic or melancholy, Tom The Mail Man is there to provide a unique panacea that is almost always tangible to the everyday listener. Catharism is defined as “providing psychological relief through the open expression of strong emotions; causing catharsis,” and I can’t think of a better way to define Tom The Mail Man’s effect on the listener. So, let’s get into it!

With his latest single, aptly dubbed “•You’re the one I like now!•,” the rapidly rising star continues on his frenetic pace of releasing introspective and vulnerable tracks, all of which have the uncanny ability to jettison the listener into whatever emotional headspace he is sonically foraging through at any given moment. “•You’re the one I like now!•” features the Georgia artist’s unique, one-of-a-kind blend of punk rock, ladened and interspersed with musings of hip-hop and pop. “I can't feel my face, I can't let you go,” he exclaims to kick off the track. Thus begins a deep dive into a rabbit hole full of emotion. “I’m all I got... to give right now” he later admonishes vulnerably. The song is an absolute banger, demanding multiple plays to properly unpack.

On a personal note, I had the privilege of witnessing a Tom The Mail Man live show this summer in Chicago at the legendary Sub-T. The result: one of the most intimate live performances I’ve ever seen in my life. Complete crowd control. In fact, he hopped off the stage and serenaded the crowd (as they simultaneously sat in a kindergarten-esque, criss-cross, applesauce-fashion) with his beautiful ballad “Brown Eyes and Backwoods/” Blinded by the LED lights of Samsung and Apple phones, I smiled in euphoria... knowing that these types of performances appear as infrequent as Haley’s comet. What more can I say? Tom The Mail Man is definitely one to watch.

Author: Jake Selvey
alternative
rock
tom the mail man
you're the one I like now 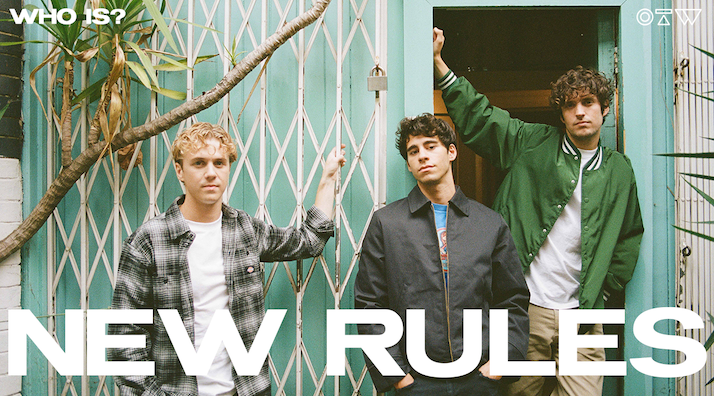