The power of licensing songs for hit series on Netflix needs no explanation when chronicling Ashe's meteoric rise. The use of her now certified gold hit "Moral of the Story" in To All the Boys: P.S. I Still Love You last year catapulted her to a level of international success that spearheaded a slew of compounding opportunities; from a collaboration with Niall Horan to live television debuts, Ashe's audience grew immensely without a single tour scheduled, garnering her the adoration of hundreds of thousands of fans, equally as enamored with her music as her charming personality.

Now Ashe returns with an original composition, "The Same." On TikTok, where she's also amassed nearly a million followers in the last year, the singer-songwriter explains how she was approached by the director and music supervisor to write the song for the final installment of the teen rom-com series. Used in two incredibly poignant scenes, one romantic and the other heartbreaking, "The Same" seamlessly combines both sentiments, capturing the all-consuming head spinning surrealism of being totally enraptured one day and shattered to pieces the next.

While Ashe typically wields her signature brand of coffee-fueled giddiness with good humor, marked by gratitude and glee, her songwriting illustrates the sobering truth that devastation refuses to elude even the brightest of personalities. Though not as eagerly welcomed, pain and loss come as no surprise to her. On the day “Moral of the Story” debuted on radio, Ashe fully succumbed to the overwhelming awe of hearing her own song in the car, soaking in the magnitude of the impact her lyrics were having on so many unexpected ears. This was no mass-appeal engineered pop song, however. "Moral of the Story" grew out of the pain of dealing with the fallout of her own gut wrenching divorce.

But it's this earnest storytelling that illuminates Ashe's songs and draws in her listeners, and "The Same" is no exception. Delicately balancing the beginning and end of a relationship, the slight shift in parallel lyrics twists the knife - the harrowing similarities between the two choruses only intensify the bewildering feeling of everything suddenly becoming nothing.

Also included in the film and coupled with "The Same" is Ashe's "Real Love," from her debut EP The Rabbit Hole. For any other artist, "Real Love" would be easy to describe as a reassuring pat on the shoulder, but for anyone who knows, or assumes to know her, the particularly sunny exuberance with which she approaches everything and everyone quickly obliterates any notions of extending polite condolences or insisting on a stiff upper lip.

While "The Same" bleeds all the colors of an emotional rollercoaster love story, the bohemian feel of "Real Love" has a floaty positivity that simultaneously minces no words about the troubles that leave no life unscathed. The song reiterates the sort of realistic optimism Ashe embodies herself, making the most of her idiosyncrasies with the steady reassurance that she is good, if not best, when she embraces all that she is. Together, the releases beautifully spin the chaos of loving, hurting, and healing into a modern fairytale that rejects any sort reticence in favor of vulnerability and authenticity, choosing to fling itself full force into the whirlwind of love and take whatever may come.

Stream “The Same” and “Real Love” below.

Author: Rachel Lai
Ashe
The Same
Real Love
To All the Boys
Moral of the Story

Ashe, Flo Milli, Jeremy Zucker, and More Artists You Should Listen To | #NowWatching 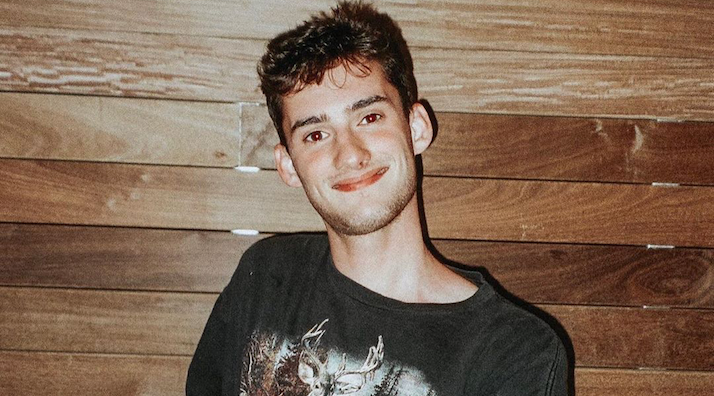