And not to toot our own horn but did we predict Eilish sweeping the Grammys? Absolutely not. No. We're not psychics, but what we lack in crystal balls we make up for in pretty great guesswork. Eilish topped our "Best New Artist" prediction list last year, in addition to Maggie Rogers and ROSALàA who were also nominated for the category.

READ:  The Best New Artists of the 2010s (According to the Grammys)

So, with the 2020 Grammys behind us, the only question on our minds is who is 2021's "Best New Artist?" We've gone ahead and narrowed down some likely candidates below, but, in all reality, chances are it is someone who will go viral on TikTok in the next six months.

In terms of meteoric pop success, Conan Gray may very well be the next Billie Eilish. In just over a year since releasing his debut EP, Sunset Season, Gray has risen to the top echelon of pop wunderkinds. The only thing seemingly missing from a proper Grammy run is a debut album. Well, all of that is about to change. March 20 will see Gray release his highly-anticipated debut album Kid Krow, and here's hoping it will also see some love from the Grammys.

The GRAMMYs may have to begin finalizing their list of Best New Artists far ahead of time, but, in our hearts, one of 2020's Best New Artists was undoubtedly Doja Cat. From becoming a breakout act with a music video that looks like it was filmed in her room on iMovie to releasing one of the most versatile hip-hop offerings of 2019, Doja Cat stands as one of hip-hop's greatest provocateurs. Everything she touches turns to gold, so isn't it only fair she earns some in return? The gold in this sense being a six-pound gold-plated zinc alloy known as a Grammy award.

Truth be told, sometimes we are just too early for our own good. Last year saw us heralding Alec Benjamin and his perfectly-crafted, storied worlds as a likely contender for 2020's "Best New Artist." While little of our praise changed in the ensuing year, it is seeming far more likely that he is a contender for 2021's "Best New Artist." With his much-anticipated debut album, These Two Windows, set to release April 3, 2020, could 2021 be Benjamin's year?

Atlanta's Summer Walker follows in the footsteps of R&B icons Jimi Hendrix, Erykah Badu, and Amy Winehouse to present a velvety smooth vision you cannot help but lose yourself in. The tail end of 2019 welcomed the release of her debut album, Over It, which saw collaborations from the likes of Drake, Bryson Tiller, 6LACK, Usher, and more. As one of R&B's evident stars to be, it is only a matter of time until Summer Walker makes her Grammy debut.

Kim Petras is a veritable pop star. From her anthemic music to her captivating persona, every aspect of the pop sensation is larger-than-life. Pure, unbridled, cathartic music that nods back to the towering heights of early '00s pop giants while still presenting a forward-thinking vision for the genre aka the exact makings of a shoo-in for a 2021 "Best New Artist pop" act. At times, it feels like Petras is only one radio-hit away from the Grammys finally taking notice.

070 Shake is an artist without limit, at least that is the immediate impression you get when listening to Modus Vivendi. The acclaimed debut album out feels like a world unto itself, navigating the precarious inner psyche of an artist battling an existential crisis. The emotional highs and lows come in spades. The only constant is 070 Shake's distinctive, hard-hitting vocals. And with both Def Jam and Kanye West's G.O.O.D Music behind her, it would be no surprise to see a Grammy nod on the horizon.

There is a raw sincerity behind the marvelous pop music of King Princess. Inspired by the likes of Dolly Parton, Perfume Genius, Beyoncé, and Nick Cave, the Brooklynite is shaping up to be a similar lasting cultural icon. Her universally-acclaimed debut album, Cheap Queen, arrived as an exploration of the one-of-a-kind artist, drifting between blues, indie rock, and an unmatched pop sensibility. And with a phenomenal debut under her belt, 2021 may just be the year the Grammys welcomes this indie icon.

Baby Keem is poised to be 2020's breakout rap star. The Las Vegas native has found fans and collaborators in the likes of Kendrick Lamar, ScHoolboy Q, Beyoncé, and more. A single listen to his highly-praised sophomore mixtape, DIE FOR MY BITCH, begins to paint the picture of one of hip-hop's most promising up-and-comers. Effortlessly flowing between melodic hip-hop and transfixing trap, Baby Keem is gearing up to make one hell of a Grammy debut.

Conan Gray's 'Superache' Is For The Hopeless and Hopeful Romantics

June 27, 2022 In his sophomore album, Gray mourns the loss of an idea of a person, the intangible 'what-ifs' and 'what could have beens.'
Author: Tatum Van Dam
pop
conan gray
album reviews
superache 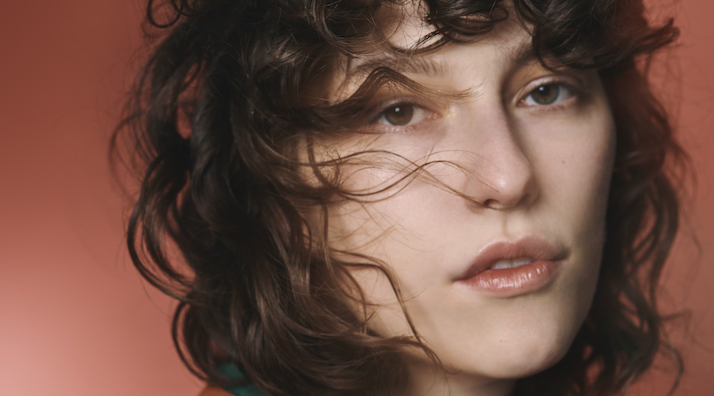