A central pillar of the Black experience has and always will be music. From its roots that extend far beyond gospel to modern genre-shaping trendsetters and rulebreakers, Black artists have created the music landscape as we know it today. And in honor of Black History Month, we want to highlight a handful of the Black artists whose music you should celebrate not just this month but every month.

Joyce Cissie, more popularly known as flowerovlove, makes music that belies her young age. When the 16-year-old London student isn't busy studying English, History, and French, she spends every free hour in a nearby music studio, where she concocts a hazy amalgamation of lo-fi pop, dream pop, indie rock, and R&B with the help of her brother Wilfred Cissie. The result is a sound that feels distinctly homegrown yet polished. An iridescent sway between coming-of-age in real-time and a noted musical maturity.

If you've experienced the sorrow and beauty that is watching Euphoria, then you've undoubtedly become quite familiar with Labrinth's music. The singer, songwriter, producer, and composer behind one of HBO's biggest shows leverages experimental, heaven-sent flourishes of production and a genre-spanning touch to create lush, showstopping compositions that feel deeply human yet otherworldly in their spellbinding execution. And while his work on Euphoria cannot and should not be overlooked, his solo work carries with it the same cinematic flair that has elevated the show to timeless heights.

Meet Me @ The Altar

Meet Me @ The Altar is the pop-punk band the alternative scene has been missing for far too long. Essentially formed over YouTube and crossing state lines, the female and POC-comprised trio takes inspiration from Warped Tour-era punk, easycore, and 2010s pop to deliver a sound that is both refreshingly nostalgic and novel. Equal parts anthemic and heartfelt, Meet Me @ The Altar is the band that 12-year-old scene me, decked in purple jeans yet never seeing myself represented in the music I loved, would have given anything to sing along to in my bedroom while waiting for my AIM crush to sign back on.

With co-signs ranging from Annie Mac, Gorillaz, Bonobo, and more, TSHA is easily one of the most exciting acts to emerge from the UK in recent memory. Delivering electronic-laced anthems that speak to the expanse that is the human experience, the London-based producer's music feels practically bursting at the seams with life. TSHA crafts euphoric house music that is perfect for sunset raves, losing yourself in the enticing thrall of underground dancefloors, or simply serving as the soundtrack for your escape into another plane of reality.

If you've kept your ear to the ground in the past year, you've certainly heard murmurs of Paris Texas. Adopting their name from the acclaimed '80s film, the South Central Los Angeles duo have earned comparisons to the likes of everyone from early Odd Future, King Krule, to Outkast. Yet, what's likely the most accurate descriptor for the duo is not found in the specific sounds or genres of their predecessors but how, similar to those before them, they are pushing the very scene itself forward. Inimitable and relentless in their unique vision, Paris Texas is a sonic experience unlike any other that's come before it.

Cut back to the top of 2021 and you would find us championing burgeoning artist PawPaw Rod, whose debut single "Hit Em Where It Hurts" left a strong enough impression on us to land the Oklahoma-bred artist on our list of Top 21 Artists to Watch in 2021. And while we certainly don't want to call ourselves psychics (given what little we did to warn everyone of the year to come), the effortlessly infectious artist would go on to cement his place in our hearts with his stellar debut EP, the aptly titled A PawPaw Rod EP. With a groove-inducing swing in his step and distinctive delivery, no matter the year, it's always a good time to familiarize yourself with the likes of PawPaw Rod.

As Tai Verdes sat in his car recording a teaser for his yet-to-be-released viral hit "Stuck in the Middle," chances are not even he could predict the whirlwind of success that was to befall him. Thanks to the power of TikTok, the moment proved to be a life-defining one, seeing him go from working at a Verizon store, waiting for his shift to end so he could go home and make music, to living out his dream. Proving to be anything but a one-hit-wonder, the breakout star's sun-soaked and earnest anthems have found a home amongst anyone in search of an idyllic vibe. Verdes is a pop star in the making.

Bakar has "always wanted to be an alternative for the Black kids who don't fit in." Taking the sentiment to heart, his debut mixtape, Badkid, embodied the anger and rebellion of a misunderstood kid, and ahead of his hotly-anticipated debut album, Nobody's Home, the UK artist is reconnecting with his heritage and exploring the notion of the "future immigrant." Informed by his own experiences as a first-generation immigrant in the UK, Bakar's music is emotionally expansive, a shimmering reflection of himself that mirrors all the uncertainty, joy, and fullness of the Black experience.

Hailing from Atlanta, Bktherula is dominating the underground hip-hop scene with a punk flair and inimitable, laid-back flow. It is a versatility that allows the 19-year-old artist to boldly carve out a space for herself amongst the stadium-ready sounds of her hometown one moment and explore introspective, otherworldly departures into more melodic territory the next. Following a breakout single and series of acclaimed projects that have seen the artist continue to fully develop and explore the full range of her sprawling, fluid sound, one thing is clear. There is only one Bkthrula.

reggie's musical journey starts where most Black music originates - the church. Serving as one of his first inspirations to start writing music, traces of gospel can be found throughout his soul-bearing brand of soul and R&B. Most of his work to date is inspired by lived experiences, the byproduct of being kicked out of home and forced to live a thousand different lives in order to survive. The result is music that resounds like a confessional, a roadmap of an artist's soul that is equal parts heartbreaking and optimistic.

Preceding the nostalgia-induced resurrection of pop-punk, KennyHoopla launched into the scene with a vision that muddled together the connective tissue of pop-punk, post-punk-emo, new wave, and blistering alternative. More than just an exhilarating trendsetter, the Wisconsin native is shaping the scene itself. Creating a new wave of nostalgia with a series of scream-along choruses, rapturous hooks, and lyricism that seamlessly shifts between existential crisis and targeted apathy, it's little wonder that he's earned widespread critical acclaim and already dropped a Travis Barker-collaborative EP so early in his career. Long live pop-punk and long live KennyHoopla.

For Fana Hues, music is in her very DNA. One of nine children and raised in a large musical household, she found teachers in the likes of Nina Simone, Beyoncé, Anita Baker, and her father - a bass, guitar, and piano player who taught her and her sisters to sing. After illness took away her voice for five years during childhood, Hues realized both the healing power of music and her purpose. It is a sentiment that takes form in her music that takes heed from the classics to bring forth a uniquely modern, generation-spanning sound that is delicate to the touch. With a feature on Tyler, the Creator's Call Me If You Get Lost under her belt and her forthcoming project flora + fana on the horizon, now is the perfect moment to lose yourself in the mesmerizing sonic palette of Hues.

From the unassuming walls of his Bed-Stuy apartment, Spencer. ushers into existence a kaleidoscopic fusion of neo-soul vocal acrobatics, jazz-fueled departures, laissez-faire hip-hop flows, and pop ambition that all coalesce to form a sonic portrait of New York at sunset. It's a testament to the artist's peerless DIY vision, which sees him not just recording and producing his own work but singing, creating beats, and playing everything from the piano, guitar, bass, drums, to the trumpet. His full-length debut album, Are U Down?, arrived as the crystallization of all this and more - a beguiling tale of a relationship's struggles and a pervading sense of longing.

Dreamer Isioma is stepping into themselves. While their breakout single "Sensitive" signaled the arrival of a genre-spanning talent buoyed by infectious confidence, it is their forthcoming debut album, Good Night Dreamer, that is set to see the Chicago-based phenom chronicling their quest to self-actualization. Breathing life into a dreamlike blur of soul, R&B, lo-fi, hip-hop, and indie rock, Dreamer is making space for those who don't fit into binaries or play by strict genre conventions.

To Nova Twins, being black women in punk is inherently political. Touching on Brexit, sexism, acceptance, and more, the English rock duo blends elements of hard rock, punk, rap, and pop to deliver a message meant to galvanize audiences the world over. From sharing stages with the likes of Wolf Alice and Little Simz, collaborating with Bring Me The Horizon, to the legendary Tom Morello calling them the best band you've never heard of, Nova Twins needs to be on your radar this month and every month.

Los Angeles-based collective grouptherapy. deftly blends daring alternative hip-hop, earworm pop melodies, and R&B to craft a sound that is uniquely their own. Comprised of Jadagrace, TJW, Koi, and Dee Lilly (who produced their independent debut mixtape there goes the neighborhood.), the collective surges forward with a frenetic, infectious unpredictability. Following the breakneck pace of their debut mixtape, the collective returned with "Tangerine," a laid-back vibe that perfectly captures the idyllic splendor of Los Angeles' everlasting summer.

August 3, 2022 You do not want to miss out on these nine up-and-coming stars.
Author: Maxamillion Polo
kennyhoopla
ones to catch
dayglow
inner wave
faye webster
outside lands
glaive
jelani aryeh
the blssm
the linda lindas
salem ilesse 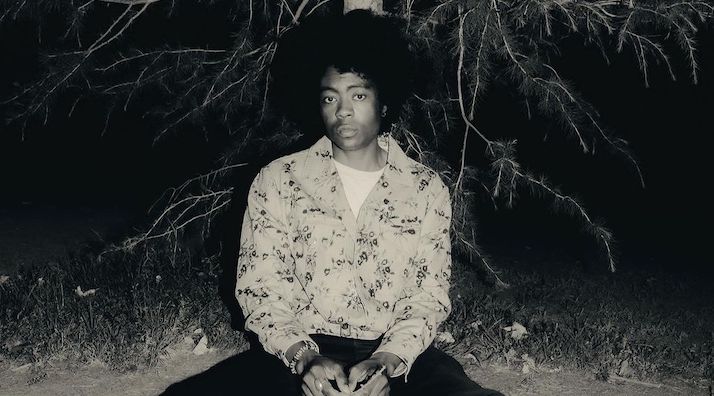 July 18, 2022 "If you overthink, are hard on yourself sometimes and have to remind yourself to be present, I feel you baby, you’re just like me.”
Author: Maxamillion Polo
soul
R&B
pawpaw rod
better days
message
message better days 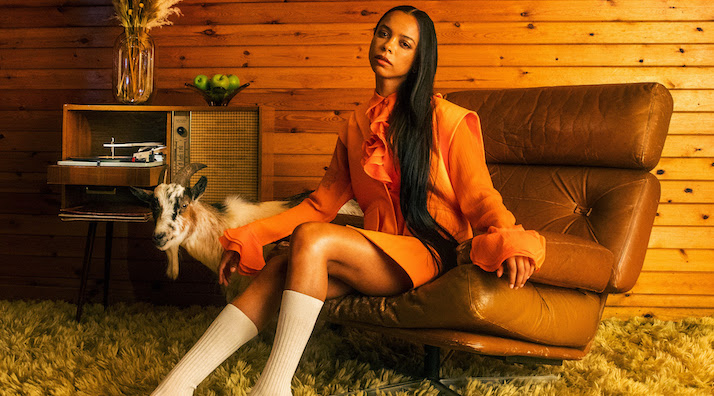 @onestowatch · 20h
A gamer-gone-accidental-breakout-musician, @d4vddd is an artist for and of the people. We were lucky enough to sit… twitter.com/i/web/status/1…