Baltimore nu-punk band Cherie Amour is back with another high-octane single with the release of "Letting Go." The track expertly showcases the band's ability to seamlessly blend the intensity of post-hardcore, the smooth vocal textures of soul, the swagger of modern hip-hop, and the instrumental assertiveness of rock.

"Letting Go" opens with an illustrative rap by lead vocalist Trey Miller set to an intricate blend of 808-driven beats and catchy guitar riffs. Miller raps, "It feels like one of those nights / When the air is muggy / And you can cut the tension with a knife." "This was one of the first demos we did that I knew had to be on the album," shares the band. "When Ronnie and I were living together in Baltimore last year, he actually made the initial beat on Ableton and played it for me later that night while we were out on the balcony chiefing, and I immediately got to writing."

The single continues to describe a night out, encouraging people to let go of their worries, "if only for an hour." When "Letting Go" reaches its incredibly addictive chorus, Miller sings, "The pain's gone / Don't mean we're alright / These are the precious moments that we live for." The band explains, "It was that point in the pandemic when I was getting really tired of not being able to go out dancing, so I wrote the lyrics from the perspective of being inside one of my favorite bars in Baltimore called The Charles. Me and one of my best friends would go there almost weekly."

The accompanying music video, directed by Casey Reid, is an engaging visual that opens with lead singer Miller blindfolded and trapped in what looks to be a worn-down stone basement. Quick cuts oscillate between the band performing the track while Miller raps and sings to the camera. Then, as the song builds to its final climatic chorus, Miller saws and hammers his way through his surroundings, finding a new sense of hope and freedom.

"Letting Go" is set to appear on the band's upcoming album Spiritual Ascension, out November 4. In addition, the band will hit the road with In Her Own Words and Capstan this fall, starting in Oklahoma City, OK, and traversing the country before ending in Houston, TX.

Watch the “Letting Go” video below: 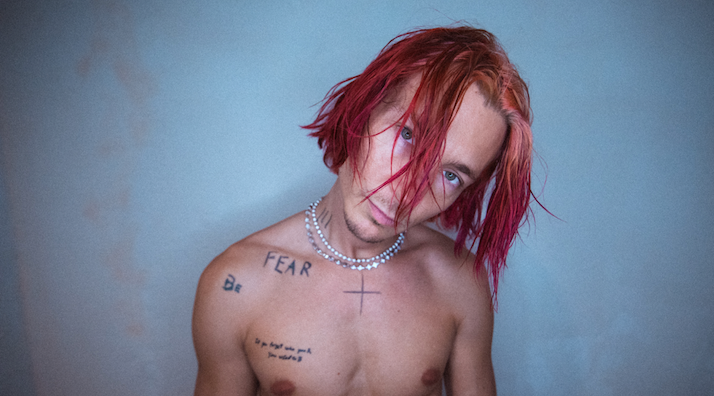