Coachella 2019: The 10 Best Surprises We Saw at Weekend One

Weekend one of Coachella 2019 is a wrap, and what a weekend it was. From the premiere  of Childish Gambino's Guava Island to nearly losing all our friends in the new and improved Sahara tent, this year's Coachella will undoubtedly go down in the books as one of the festival’s best years yet. And even after making a list of the not-to-miss happenings at Coachella this year, we were still shocked at all the surprises the festival had to offer.

So, while we come down from our festival high and attempt to stave off those post-Coachella blues (which we may just have to head to Weekend two to cure), we wanted to  take a moment to look back at ten of the best surprises we witnessed at weekend one of Coachella 2019.

The Lasting Impact of Beychella

.@Beyonce's #Coachella stage from last year is on display ðŸ!

Are you excited to watch #BeyonceHomecoming ðŸŽ¥? #BeyChella #Beyonce pic.twitter.com/iL8KdnBrBN

Beyonce's 2018 Coachella performance is one that will live in infamy. A beautiful celebration of the black college experience and black artistic expression, it is more than deserving of its own Netflix documentary and likely its own museum gallery. While the date for that Beyoncé exhibit is still to be announced (although you can catch the Netflix documentary come April 17), Coachella attendees were lucky enough to get up close and personal with Queen Bey's stage, which was displayed on the festival grounds like the piece of art it is.

This past year saw the loss of two of hip-hop's greats, Nipsey Hussle and Mac Miller. It would be no understatement to say that the loss of these two impactful human beings and figures in music was felt throughout Coachella, as a number of artists used their time on stage to pay tribute to the late rappers.

Kid Cudi dedicated his final song, "Pursuit of Happiness," to Hussle and Miller. Wiz Khalifa dedicated his performance to the two rappers. YG, one of Hussle's close friends and an honorary pallbearer at the funeral, asked the crowd for a moment of silence while an animation of Hussle ascending to Heaven played out across the Sahara tent screens. And Childish Gambino, who headlined Saturday night, broke down while reflecting on the life and loss of Hussle, Miller, and his late father.

From up-and-coming Latinx band CHON bringing out both Kenny G and Cuco during their set to ROSALàA's spellbinding performance, Latin acts undoubtedly dominated this year's Coachella. And while DJ Snake bringing out Cardi B, Ozuna, and Selena Gomez certainly ranks high amongst our list of surprise moments, it was J Balvin's surreal set that stole the show this year. Like a Takashi Murakami piece come to life, the Colombian superstar did everything from bringing ROSALàA back out on stage to perform "Con Altura," enlisting fellow superstar Sean Paul for their collaborative smash hit  "Contra La Pared,"   to performing classic reggaetón hits like Daddy Yankee's "Gasolina."

#ASSCHELLA CONTINUES! THANK U @janellemonae FOR SHARING MY JUICE ON UR STAGE! HI @tierrawhack ðŸ¤˜ðŸ¾

There was no question that we would not be missing out Janelle Monà¡e's set; come on, have you even listened to Dirty Computer? However, what we did not expect was to see surprise guest performances from two of our favorite up-and-coming rappers. Monà¡e invited Tierra Whack and Lizzo to the stage during her performance of "I Got the Juice," where Lizzo did indeed confirm to an ecstatic crowd that she did indeed have the juice.

Weezer as the Best Cover Band in the World

When Weezer released the Teal Album earlier this year, an album comprised solely of the sort of covers you would expect to be a hit at karaoke parties, we half-joked amongst the Ones To Watch office how amazing it would be to witness any of these covers live. Well, by no means, did we actually expect Weezer to do what they did this past weekend. Not content to merely play their cover of TLC's "No Scrubs" or Tears For Fears' "Everybody Wants To Rule The World," Weezer went full cool dad and brought out Chili of TLC and Tear For Fears to join in on the fun.

Surprise guests were at no shortage at this year's Coachella, but attendees who made their way to the Do LaB were treated to some of the best surprises all weekend. Featuring a different surprise performance each night, fans and lovers of electronic music alike got to experience relatively intimate performances by some of the biggest names in dance music. With surprise sets from Major Lazer SoundSystem, Bob Moses, Guy Gerber, and RàœFàœS DU SOL, the Do LaB was the place to be.

Tame Impala @coachella 2019… this where I belong. pic.twitter.com/gIye8ehTJm

Tame Impala could play Currents front to back and that would be more than enough to land the Australian psychedelic rock band amongst this year's top performances. Yet, it was their grand finale which left a lasting impression and filled our Instagram feeds. Closing their set with "New Person, Same Old Mistakes," Tame Impala shot a flurry of confetti into the crowd and let the lasers run wild. It was a surprising closing moment that felt akin to a spiritual awakening.

The Insanity of Jauz's Set

Los Angeles - based producer Jauz easily had one of the most hilarious and genuinely impressive surprises of Coachella this year. Remixing the universal hit children's song "Baby Shark" before transitioning into Darude's "Sandstorm," Jauz effectively transformed what could be thought of as nothing more than a viral joke into one of the Sahara tent's wildest moments.

The Return of Poetic Kinetics

#thenandnow: I first escaped velocity in 2014, and I've come back home to #coachella to spread a message of â™¥ï¸. The #overvieweffect is real. We are all crew members on this spaceship we call #earth. ðŸŒŽ #poetickinetics #5yearchallenge

Coachella would not be Coachella without its large-scale art installations. And this year saw the return of one the festival's best larger-than-life art creators, Poetic Kinetics. The Los Angeles - based art creators and producers, who have been responsible for the likes of Coachella's giant moving snail and metamorphizing caterpillar, returned to the festival for the first time since 2015 to unveil their latest project, and it certainly did not disappoint. Reimagining their 2014 installation, "Escape Velocity," "Overview Effect" was an out of this world sight to behold.

The return of the Poetic Kinetics' astronaut was not the only out of the world surprise at this year's Coachella. Quite possibly one of the biggest surprises this year was Ariana Grande fulfilling all of our '90s dreams by bringing back *NSYNC, well at least most of *NSYNC. Following Justin Timberlake dropping out of the festival, rumors of an *NSYNC reunion were quickly dashed, at least until Grande sparked those rumors up yet again before delivering a moment we still cannot believe happened.

"I've been rehearsing my entire motherfucking life for this moment. Coachella, *NSYNC!," Grande shouted out to the crowd, which quickly broke into a nostalgia-induced fervor. Bringing out the prolific boy band, minus one JT, the new crossover pop sensation performed "break up with your girlfriend, i'm bored," which features a sample of *NSYNC's "It Makes Me Ill." However, it was the Grande and *NSYNC rendition of "Tearin' Up My Heart" that was the show-stopping moment.

Going to weekend two of Coachella and still not sure who to see? No need to worry, we have your Ones To Watch - approved cheat sheet right here. 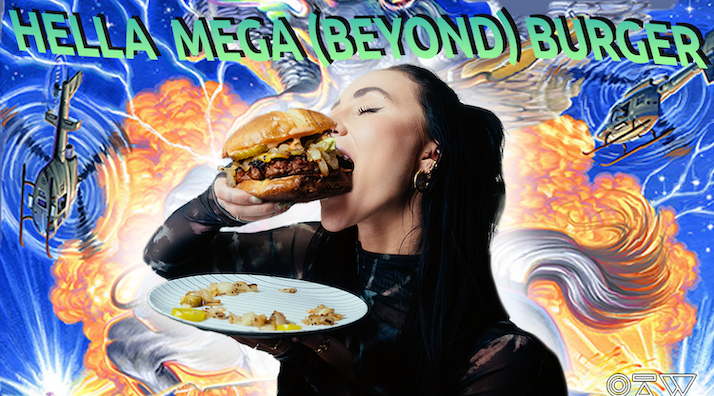 A Burger That Would Make Green Day, Fall Out Boy, and Weezer Proud | Bone Apple Tea

November 18, 2021 Green Day, Fall Out Boy, and Weezer may have defined an era of music, but have they ever created a burger this good?
Author: Ruby Scott
alternative
punk
weezer
pop punk
the noise
green day
bone apple tea
hella mega
hella mega tour
fall out boy
beyond burger 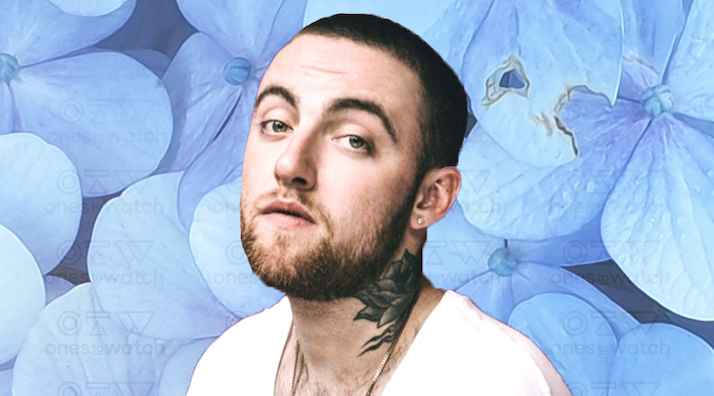