Leven Kali Discusses   "Sumwrong," Family, & How He Met The A&R Who Signed Him [Q&A]

Rising star Leven Kali dropped the infectious new single, "Sumwrong," earlier this February.  Fresh off the release of his three-song EP, I Get High When I Think About Us, in Dec. 2018, Kali presents a strong follow-up with "Sumwrong," further defining his sound. Blending soul and funk with psychedelia, the young talent has caught the industry's attention. In the last couple of years, Kali has written with Drake, Playboi Carti and Syd, toured with Snoh Aalegra, and drawn comparison to legendary artists like Stevie Wonder and Topaz Jones.

Kali's new single, "Sumwrong," fits comfortably in his already impressive discography. Dominated by driving grooves and light-hearted sentiments, the track sounds both classic and afro-futuristic. To celebrate his new release, we spoke with Leven Kali about his upcoming music, his influences, and his writing process.

OTW: From my understanding, you're quite a prolific songwriter; how did you decide to release "Sumwrong" out of all the songs you had?

Kali: It was somewhat of a group decision. "Sumwrong" is a song we made a while ago, but we never really finished it until now. There's a bunch of songs I'm choosing from to be part of my next EP, and we wanted this to kick it off.

OTW: Can you walk us through the writing process for "Sumwrong?" How did it all come together?

Kali: One of my best friends and frequent collaborator, Digi, called me up and told me he met this guy named Roget, and if we ever linked up, it would be perfect. So, naturally, we all got together and within an hour, had two amazing songs fully cooked from scratch. One of them was "Sumwrong." Roget pulled up with a few keyboards... he bought one from a toy store or something, I think. Some dope vintage keyboards. Then Digi threw down some drums.  I wrote the song pretty quickly. then we left it alone for a while before I went back in with the homies to add harmonies and the bridge.

OTW:  You've been performing a lot in the last year, both with Snoh Aalegra and in other shows and festivals; do you still find time to write on the road?

Kali: Wherever I am, I try to have the room to create. Like when we got to Tennessee for Bonnaroo, we set up a little pop-up studio at the Airbnb … but I think I'll start doing more cooking and writing on the road when I'm on a longer tour. The run with Snoh was three or four shows and most of the other gigs have been one-offs here and there. I'm excited to get on a full tour and really get in a groove of things.

Kali: The best show, hands down, was for my aunt's birthday last year. I flew my band and family out to Miami so we could play at her party.

OTW: Speaking of, your family is deeply involved in music. How has their guidance been helpful to you in your musical career?

Kali: My family is amazing. All I can say is that I'm grateful... and by family, I count not only my parents but the entire village of people in my community that push me and want the best for me. I know not everyone gets that support, so I've always felt a responsibility to pass the knowledge and love on as I keep going.

OTW: What kind of music did you grow up with in your household? Do you see those as some of your main influences?

Kali: Both of my parents are really dope, creative people, so I was surrounded by great music as a child. As I've gotten older, I've been going through my mother's record collection and rediscovering the music I grew up on. So deep. All we are is a reflection of our surroundings and experiences. [You] gotta surround yourself with diverse and high-quality art [and] experiences.

OTW: Much of your musical process seems to involve collaboration with others – what has been one of your favorite collaborations?

Kali: I've been so blessed to work with so many of the artists I love. There's a lot of collaborations that I have sitting on my computer that have me gassed up. Like, really crazy [ones]. I always love working with Snoh Aalegra; the Carti song was dope we made that the first night we met, and working with my band, "the moon," is where I feel at home. It's hard to call any one collaboration my favorite.

OTW: It seems labels have been interested in signing you for years, but you waited to sign and release music with Interscope in 2018. How did you make the difficult choice as to what label would be best for you?

Kali: I randomly connected with an A&R [at Interscope] before I even had released any music. I was actually driving someone to their own meeting, and I ended up getting thrown into the mix. I'll tell the whole story one day, or I might need to make a short movie or something about it. It's hilarious!

Kali: Sheesh, there are so many talented people coming up. Some friends of mine you gotta know now: Justus West, Rae Khalil, Guestroom, Topaz Jones, Lolo Zouai, Shah Infinite, and I know there are way more artists I'm spacing on. 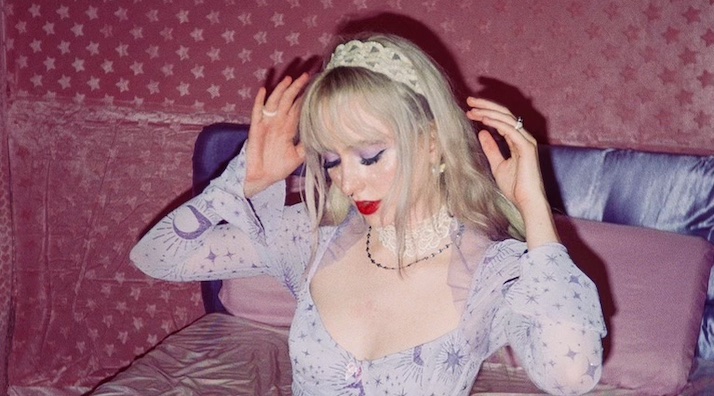