Maisie Peters Is the Folk-Pop Force of the Future

19-year-old Maisie Peters is making music years beyond her age. For the singer-songwriter from West Sussex, England, creating music has always been a common practice. From the age of nine and onward, Peters could be found crafting melodies and penning narratives that have progressed into a delightful sad girl, folk-pop sound that Peters is continuing to define.

With an immediately apparent gift for the art, Peters is quickly drawing comparisons to the recently named artist of the decade, Taylor Swift. With similar use of twangy acoustic guitar, a compelling voice, and a gift for delivering narratives through music, the two may not be so far apart.

Peters got her start in similar fashion to many of her Gen Z peers, via Youtube. Peters began uploading original songs to the platform back in 2015, quickly developing an online fan base. This small fan base quickly transformed her life, developing her into the artist she is today. With the release of her debut single "Place We Were Made," Peters and her infectious brand of sad girl pop had its first viral moment, amassing over 31 million plays on Spotify to date.

As time passed, Peters continued to evolve her sound, with 2018 seeing her explore more pop-forward tracks. Her 2018 debut EP, Dressed Too Nice for a Jacket,  brought forward a lovely mixture of somber and sweet tracks, such as "Enough for You" and the electro-pop take "In My Head." In its entirety, Dressed Too Nice for a Jacket served as an artistic stepping stone for Peters to explore her sound and identity moving forward.

Looking back on 2019, Peters continued to evolve. "Favourite Ex" showcased her organic acoustic take on lingering feelings of heartbreak and appreciation, while "April Showers" highlighted her more traditional pop talents. On the EP, It's Your Bed Babe, It's Your Funeral, Peters shines in moments where she incorporates both her pop and folk tendencies. On tracks such as "Adore You," Peters uses an acoustic guitar with pop progressions and mixed vocals that mirror a spellbinding middle ground between Carly Rae Jepsen and Swift.

If we can revisit one of not just our favorite releases of Peters' but one of our favorite releases of 2019, "Favourite Ex" sees the British artist drawing on her folk roots, storytelling, and gorgeous vocals to highlight her undeniable ability as a rising artist. The entirety of the song feels as though you are being brought through a novel. As the swaying voice of Peters accompanied by warm guitar plucking draws you in, the story of the track begins to take over. Peters reflects on an old romance that begins to feel like a personal memory, as her songwriting crafts a magical feeling of sincerity and relatability.

From her initial viral moment on "Place We Were Made" to her most recent EP, Peters continues to show a level of captivating maturity and growth. With 2020 just beginning, someone has to be the next artist of the decade, and it very well could be Peters. 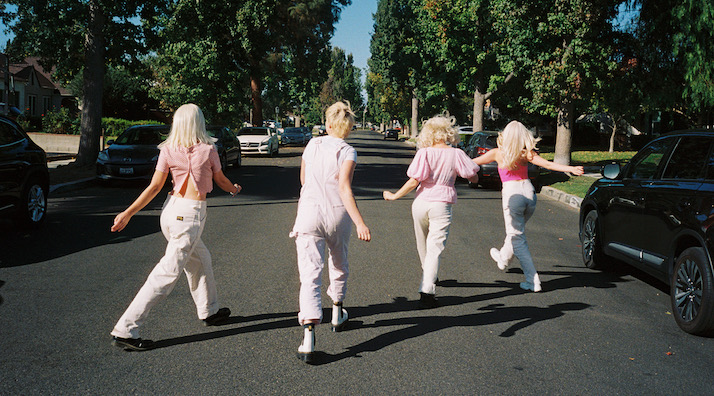 Peach Fuzz Get Personal in Debut EP Can Mary Dood the Moon?

@onestowatch · 13h
If you haven’t heard of @DOMiAndJDBECK, it’s time to start listening. The duo are artists you want to root for, not… twitter.com/i/web/status/1…

@onestowatch · 1d
Don't miss out on the @wygufest coming up next week! Live Nation’s Next Gen program is partnering with SoLa I CAN F… twitter.com/i/web/status/1…
MORE ON TWITTER