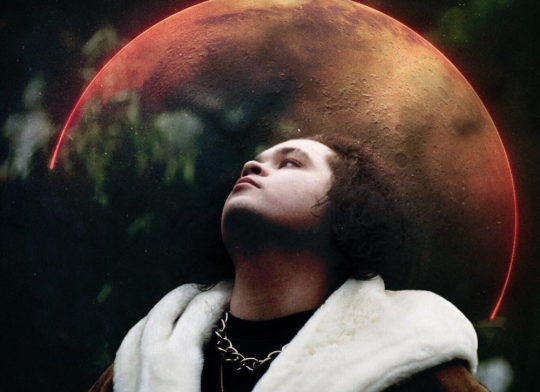 You may remember Zacari from his "HUMBLE." days working with Kendrick Lamar on the celebrated DAMN. (LP 2017), but Top Dawg Entertainment's newest signee is now blending elements of alternative R&B and trap for his own debut EP, Run Wild Run Free. Raised in Bakersfield, California in a musical household, Zacari learned the guitar, drums, saxophone, and keyboard at a young age and later began posting his original songs on SoundCloud. His continual hustle eventually found himself in Los Angeles, where he worked on much of his highly-anticipated debut EP, Run Wild Run Free.** **

The 7-track collection opens with the optimistic "You Can Do Anything," a trap-infused track about not being reliant on anyone else but ourselves for happiness and success. The fantastic EP then seamlessly draws our attention to the golden "Midas Touch," which recounts Zacari's daring decisions that led him to where he is today. "Ten Outta Ten" is a wholesome song for those who know exactly what they want and refuse to settle for anything less, whereas the calming "Don't Trip" reassures people that Zacari's personal endeavors shouldn't be of any concern to them.

Featuring Lil Yachty, "Young & Invincible" is a soothing anthem that revolves around the modern youth culture of chill vibes and living life to the fullest while we still can. Zacari's obsession with wolves is no secret, and it all started with an intriguing encounter with a displaced wolf while living in Alaska. Among the expected sloth of bears on a typical day in the wilderness, Zacari noticed a single wolf thriving on its own, inspiring the confidence and proactivity we hear in "Lone Wolf." The awe-inspiring EP leaves us with the incredible title track "Run Wild Run Free," which is layered with rattling electronics that end Run Wild Run Free on an exceptionally high note.

_"This EP really goes back... I've been working on the music for two years and some of the lyrics are even from high school. This being my first project I wanted my experiences up to this point to be reflected in the music. A lot of the sounds and tones are drawn from my experiences in Alaska. I want the project to feel like a breath of fresh air. After you listen to it I want you to feel like you're ready to go back into the real world." _