Spotify's coveted 'Fresh Finds' playlist often serves as a stepping stone for independent artists to find a larger audience. Last month, Spotify launched the Fresh Finds program, which aims to partner rising stars with producers, songwriters, and resources to give them the tools for long-term success. The program's inaugural class features Julia Wolf, Wallice, Unusual Demont, and EKKSTACY.  Each of these multi-talented artists return today with Spotify exclusive singles guided by a veteran producer and songwriter.

New York native Julia Wolf is undoubtedly one of the most exciting rising artists in the pop space, and her new Spotify single, "RBF: Part 1" solidifies her massive potential. With the support of frequent collaborator and producer, Jackson Foote, Wolf immediately grabs listeners with earworm melodies and an emotive vocal performance.

"I've been told I can have a 'resting b*tch face,' which I used to take personally but now I know it’s not a negative thing. I’ve learned over the years how being too nice can translate to people taking advantage of you and, growing up especially, I was overly accepting of that behavior... being certain of yourself and finding that power in you to say 'No' can also label you as a 'b*tch.' In a twisted way it feels like a compliment that I’m doing something right," Wolf tells us.

"This song is about no longer apologizing for being passionate and committed to YOUR vision and the way you want to do things," Foote adds, "Male or female, there is certainly a fine line between being kind and being so kind that people feel like they can treat you however they want to with little repercussions, mistaking kindness for weakness."

Fresh off her acclaimed debut EP,  Off the Rails,  Los Angeles' Wallice is a must-know artist in the burgeoning indie pop scene. Despite just releasing an EP, Wallice is still taking time to reflect on the world around her. Her new single "Nothing Scares Me," produced by Ariel Rechtshaid and fellow enviable up-and-comer marinelli, muses on existential woes with an infectious whirlwind fervor.

“Sometimes I feel like life is going by too fast. It’s easy to get so preoccupied thinking about what’s coming next that I forget to enjoy the present. It feels like I’m missing out on the moment, since life won’t slow down enough for me to get out of my head in time to appreciate it. ‘Nothing Scares Me’ tries to explore that feeling," Wallice explains.

"Nothing Scares Me" further cements the timeless songwriting and magnetic personality featured throughout  Off the Rails. With each new track, Wallice proves that she's well on her way to becoming a household name.

Wisconsin's Unusual Demont had a momentous introduction last year with his breakout single "Amber." After amassing millions of streams from "Amber," the expectations for the genre-bending artist were high. Unusual Demont quickly made good on that initial promise with his following two singles  "Pine" and "Purple." Flexing his storytelling and versatility, both singles showcased a different creative side of Unusual Demont. Now, Unusual Demont is back with his new single  "hey!," complete with stunning vocals and production help from Kiernan Watters, professionally known as The Idiot.

"At this point I think it’s almost a trademark of mine to make upbeat songs that have really intense lyrical meaning," says Unusual Demont. "Even though 'hey!' on the surface sounds like a really fun and energetic song, just being that I was inspired by a lot of old punk rock at the time it was written during an extremely stressful transitional period in my life. From fear of living in the US because of my skin tone, to songs I made for fun becoming a source of income, it's been a lot to say the least. But what made me feel a bit better at the time, as almost an affirming mantra, is that 'the family is fine.' Like I can support and make them proud doing the things I'm doing right now."

EKKSTACY's music exists at a crossroads, juxtaposing melancholic songwriting and easygoing instrumentation. Singles such as  "i walk this earth by myself" are warm and uplifting on the surface, but depict EKKSTACY's internal struggle upon a closer listen. His punk aesthetic and soft indie-pop vocal tone act as another duality. On his new song  "f*ck everything!," EKKSTACY partners with Jonny Pierce of The Drums to bring his unique artistic vision to life.

"We wanted to write a track that was brutal when it came to the lyrics, and gorgeous when it came to the music. It's my favorite combination, dancing in a stark reality. Instead of getting lost in my dancing, I want to dance in my lostness," Pierce explains on the making of  "f*ck everything!"

"f*ck everything!" sees EKKSTACY poetically reflecting on the world around him over stellar indie production from The Drums.  Resonating as an honest, therapeutic escape,  EKKSTACY proves he is unafraid to bare his soul for all to see. 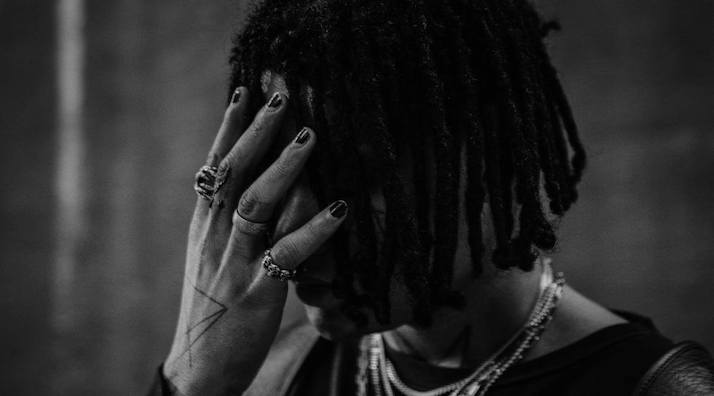 EKKSTACY's 'misery' Is the Soundtrack to Your Nihilist Fantasy 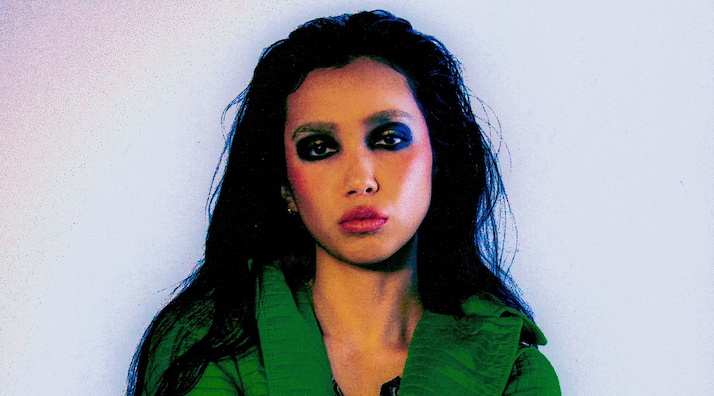 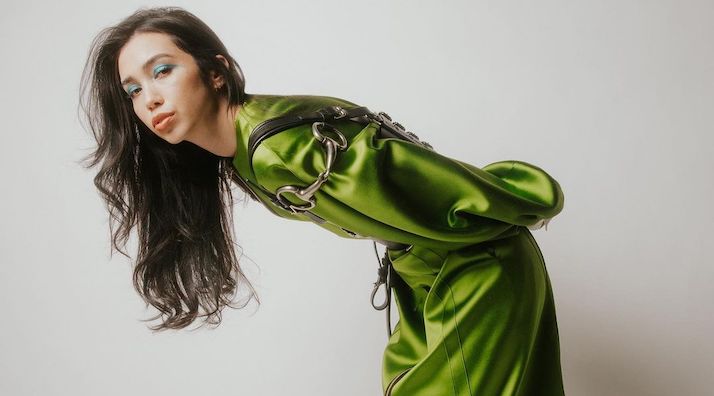 Wallice Wants You to Dance at Her "Funeral"