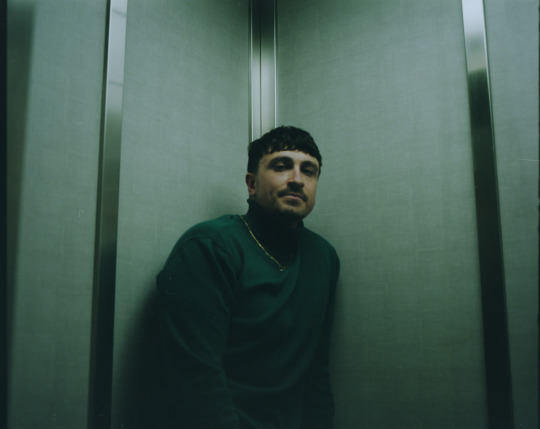 Berel is an artist you need to know, no questions asked. Known to friends as Berel Alexander, the R&B crooner has officially set up camp in the same soul-centered “hot-boy R&B” neighborhood as Tom Misch, HONNE, and Hablot Brown. And now he’s making his presence known.

I remember first hearing the song “No Complaints” by Berel and stopping dead in my tracks. It shot straight to the top of my current playlist. Could there be a more charming tune? And just when I thought the answer was no, Berel released his debut EP Thirteenth Floor, a project chock-full of romantic melodies and bed-rocking basslines.

The NorCal native just dropped what may be the most important R&B project of the year. Thirteenth Floor is so well-rounded that I’ll go there and call it just about perfect. He kicks it off with his two singles “No Complaints” and “The Blue Line.” Both of which are irresistibly pleasant to the ear and I’d imagine soft to the touch. Berel’s voice is the sonic personification of cashmere.

“Same Place” plays next and the amount of nostalgia it creates is dramatic. The opening is a complete ode to ‘80s R&B. It sounds just like the same ‘80s synth’s New Edition used to set the mood in their sultry soul-filled slow jams. Berel has got to be an old school R&B aficionado to make the references the way he does in his music.

“Before You Go” immediately grabs your attention as the more upbeat, groovier dance track on the EP. And don’t be fooled by that four-count measure in there. As flavor-filled as it is, it wasn’t produced by Pharrell instead by Aabo and HXNS. “Inner Child” has a certain moodiness to it that makes it oh so earthy and smoky. Lyrically, he sings about his own growth within a relationship, crooning, “I used to be a fool but now I’m better / Give it to me good, never let up.” And now he just hopes his lover can see that about him. He’s changed and he’s ready.

This is one for the books, people. Take note, and immerse yourself in the world Thirteenth Floor below: