BLACKSTARKIDS Say "All Cops Are Bastards*" on Explosive New Single

BLACKSTARKIDS have been hailed as a wave of '90s nostalgia reinterpreted for a new generation. It's a notion easy enough to glimpse with early singles "Britney Bitch" and "Frankie Muniz" evoking all the forgotten joy of music auto-playing on the homepage of your Myspace's top six, but it's their most recent string of releases that see the inimitable trio striving for something beyond Y2K-era wistfulness.

"All Cops Are Bastards*" follows "Juno" and "Fight Club," all of which are set to appear on BLACKSTARKIDS' forthcoming debut album, Puppies Forever, arriving October 15 via Dirty Hit. And if previous singles saw the trio exploring the euphoria and sorrow exclusive to teenage youth, "All Cops Are Bastards*" sees them entering through their rebellious stage.

The single arrives following more than a year of civil unrest and peaceful protests against police brutality, heightened by the unjust killings of George Floyd and Breonna Taylor. "All Cops Are Bastards*" places BLACKSTARKIDS' iridescent, driving production in a newfound context that strikes back against fundamentally flawed systems of oppression. It's a punk song in its truest form, racing forward with all the fervor of an anti-authoritarian anthem without sacrificing the bittersweet optimism inherent in sparking a revolution.

"All Cops Are Bastards*" is proof that it doesn't matter if you were a scene kid, picking out anime shirts at Hot Topic, a theatre kid, or captain of the cheerleading team, there's no space in our society for systemic racism and corrupt forms of organized oppression.

Listen to  "All Cops Are Bastards*" below: 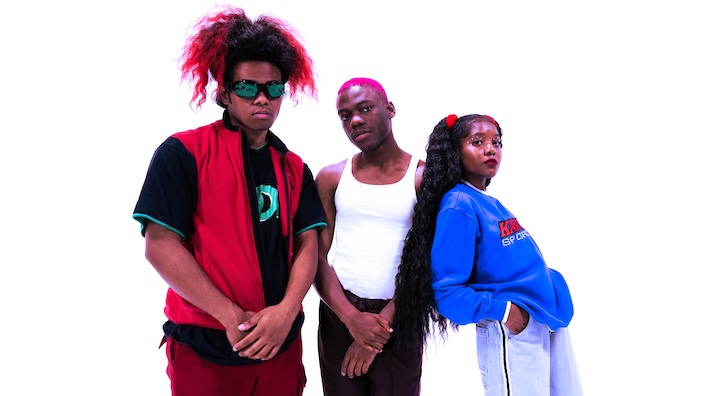 BLACKSTARKIDS and beabadoobee Manifest a Technicolor NYC With "CYBERKISS 2 U*"

@onestowatch · 6h
WHO IS @MAXOKREAM? At this year’s @lollapalooza, we were lucky enough to sit down with Houston rapper, Maxo Kream.… twitter.com/i/web/status/1…

@onestowatch · 1d
. @_nanalourdes_ is back with a burning track targeting a nameless and faceless “Fuck Up Person.” In the third sing… twitter.com/i/web/status/1…
MORE ON TWITTER