The road to Coachella 2022 has without question not been an easy one. From a worldwide pandemic forcing the festival to take two years off to a certain headliner dropping only two weeks before the festival was set to take place, you would be forgiven for wondering if you would ever get to grace the Polo Fields or enjoy a spicy pie again. Yet, here we are, only days away from basking in two weekends of some of the best live music the world has to offer.

With everything that has occurred since Coachella initially announced its lineup, you would be forgiven for not having your must-sees in order, and that's exactly why we're here. While we can't help you find an in for Neon Carnival, decide what H&M matching set really screams Coachella, or walk you through Tinder's new Festival Mode to find your bae on Day 1, we can let you know what acts are not to be missed. These are our 15 ones to catch at Coachella 2022.

Let's make one thing clear - any BROCKHAMPTON set is a set not worth missing. With that being said, you do not want to miss BROCKHAMPTON's appearance at Coachella, as it is slated to be the best boyband since One Direction's final show before embarking on an indefinite hiatus. With a discography that spans Y2K-era evoking radio hits, somber in your feels slow jams, and adrenaline-pumping fits of chaos, the culture-defining music collective's last show is set to be a send-off for the ages.

88rising Heads In The Clouds Forever

What even is 88rising's Head In The Clouds Forever exactly? Truth be told, I'm not certain. But one thing is certain, I will not be missing it. The hybrid management, record label, video production, and marketing company boasts a roster that has featured everyone from Joji, Rich Brian, NIKI, August 08, Higher Brothers, Warren Hue, Jackson Wang, BIBI, and so much more.  And this Coachella will see 88rising taking their Heads In The Clouds festival to a whole a new stratosphere as they touch down on the Polo Fields. Expect one hell of a lineup and plenty of special guests.

Comprised of Marà­a Talaverano, Paola Rivero, and Alicia Ros, Carià±o is the Madrid-bred trio that has a firm grasp on our hearts. First formed out of Talaverano's inability to find the right medium to express her love - poetry was equal parts frustrating and never quite enough - pop music would not only serve as her serving grace but inevitable claim to cult fame. Backed by blissful soundscapes that pull from jangly indie pop hooks, chiptune-evoking synths, sun-soaked surf rock, and buoyed by an unbridled sense of infectious pop optimism, Carià±o is an act not to be missed.

There's a general sentiment that floats around the Ones To Watch office every time Jean Dawson drops some new heat and that is, "No one makes music quite like Jean Dawson." The genreless, idiosyncratic artist feels less fueled by trend or tradition and is instead propelled forward by music's more emotive elements. Driving, cathartic outbursts sit directly beside disjointed, ripped-up internal meditations that only the artist himself has the knowledge to decipher. The result is instantaneously infectious. Dawson is a misfit's favorite rising star.

Dance music, at its core, has always been a genre rooted in a particular sense of community, so when lockdowns decimated dancefloors the world over, few artists captured the sentiment as articulately as UK's Fred Again.. The breakout producer and artist's electrifying brand of house spans the emotional gamut, from meditating on the loss of dancing in "Marea," finding comfort in the arms of another in "Billie," to simply losing yourself in the ecstasy of a night out with friends in "Baxter." If you're looking for a transcendent dance experience or simply for a new friend to dance with, look no further than Fred Again..

Am I telling you to see Orville Peck just so you can turn to the person next to you during "Dead of Night" and do your best reenactment of that iconic Euphoria scene despite not being in a moving car? I mean that's not the only reason but certainly a good one. If you're looking for other good reasons, take a single listen to Peck's beguiling amalgamation of outlaw country and shoegaze and you'll soon find yourself under the enigmatic artist's spell. Hot off the heels of his critically-acclaimed sophomore album Bronco, Peck is set to bring his otherworldly vision to life amid the dusty outskirts of the Coachella Valley.

Amyl and The Sniffers

If you want one hell of a live show, you have come to the right place. Australian pub and punk rock band Amyl and The Sniffers make adrenaline-racing rock music that pulls from old school rock n' roll, modern hardcore, and punk to deliver a sound that wraps you in a headlock and urges your forward to the ensuing mosh pit. An electrifying act both on and off record, Amyl and The Sniffers' discography truly bares its teeth during their rapturous live show. Cathartic, exhilarating, and "ball-tearing," this is a live set you have to see for yourself to truly experience.

It is Omar Apollo's year. The Gen Z future star makes crooning pop-R&B that seamlessly flows between English and Spanish, resulting in an intoxicating cocktail of love, infatuation, and all the pitfalls that occur in-between. The latest culmination of this woozy, lovelorn vision arrives in his recently released debut album, Ivory, a 16-track collection of songs that is everything and more. From traditional Mexican sonnets to the Neptunes-produced "Tamagotchi," Apollo has a little something to offer everyone wise enough to swing by his Coachella set.

If you kept up with the Grammys this year or simply have amazing taste, you may already be familiar with Arlo Parks. The resounding British singer-songwriter entered the hallowed realm of Grammy-nominated artists earlier this year, racking up nominations for Best New Artist and Best Alternative Album for her lauded debut album Collapsed In Sunbeams. Yet, even before the accolades, Parks was earning praise from the likes of fellow voices of Gen Z, Phoebe Bridgers and Billie Eilish. With a vocal tone as smooth butter and lyrics that double as poetry, it's not difficult at all to see why.

ROLE MODEL is flying high. Fresh off the release of his long-awaited debut album, Rx, the genre-fusing rising pop star is set to embark on his first-ever world tour, which will of course include a stop at Coachella. Crafting pop music with newfound hints of hip-hop influence, this new era of ROLE MODEL is not only his most authentic and vulnerable era to date but serves as the perfect foundation for a exuberant live show. And with Rx being an album centered around introspection and love, what better place to find yourself or your next bae than at ROLE MODEL's Coachella set.

Listening to Crumb often feels like gently drifting further and further down a rabbit hole, with only the atmospheric sounds of the experimental indie outfit lighting the way forward. It's a testament to the four-piece's talent for creating surreal soundscapes that are just as likely to strike a soft spot for those more inclined to the open-ended nature of jam bands as they are to hit home for those drawn to the ethereal, wistful nature of dream pop. If you're looking to truly lose yourself in the desert (in a safe, fun, and mostly responsible way) then Crumb is the perfect act for you.

There is something to be said of Holly Humbertstone's innate talent for stirring up all too relatable emotional maelstroms, at times cutting in their unrelenting honesty, at times serving as a refuge for kindred spirits. It's in large parts thanks to the UK artist's songwriting, which can't be anything vulnerable, tracing themes of isolation one moment to championing scorned friends the next. Lyrics flow forth from Humberstone like torn-out diary entries, buoyed by an infectious blend of acoustic and electronic sonic elements that results in a live show that is both tender and surprisingly euphoric.

Despite finding his start in a math rock band, few artists make music that feels as carefree as Still Woozy's. Recording everything from his makeshift garage studio, the result is a musical ethos that blurs the line between the intimacy of DIY experimentation and the excitement of a transcendent, genre-shifting vision. To put it in simpler terms, Still Woozy's music is fun as hell, even when it is exploring themes of self-doubt, romantic ruminations, and emotional claustrophobia. It's multi-faceted indie pop that you cannot help but move to.

Dubbed Los Angeles' sexiest band, I'm not even sure why I have to say anymore to convince you to see The Marà­as. Alas, word counts exist for a reason. The psychedelic-soul lovechild of Puerto Rican-bred, Atlanta-raised Marà­a Zardoya and Los Angeles native Josh Conway, The Marà­as make music whose hypnotic effect cannot be understated. Marrying the smoky intimacy of stumbling into a timeworn jazz club with a velvety smooth genre-explorative fusion of psychedelia, funk, R&B, and more, let The Marà­as be your oasis in the middle of the desert.

West London native Nilüfer Yanya is no stranger to critical acclaim. Earning widespread praise for her heavenly, guitar-led brand of indie rock, the rising artist properly introduced herself to the world with her lauded debut album Miss Universe. The loose concept album served as a Black Mirror-inspired look at society at large, pairing the loss of free will with stirring confessionals and deeply-rooted examinations of how we interface with the world around us. Now, as she gears up to make her Coachella debut, Yanya has not just the excellent Miss Universe to pull from but her equally impressive sophomore album, PAINLESS, as well. 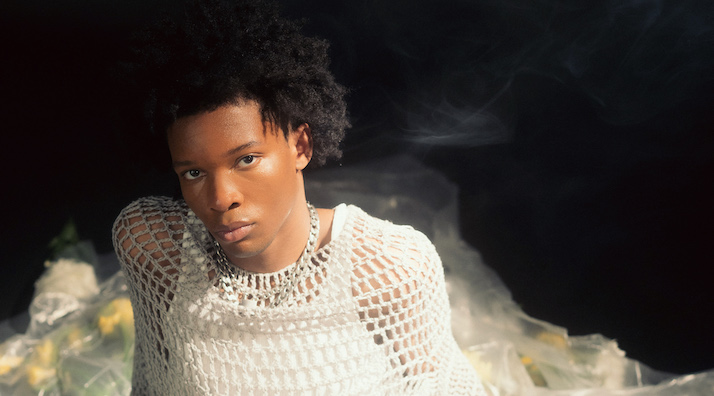 January 18, 2023 We're kicking off the new year with a look back and a look forward at some of tomorrow's stars.
Author: Ones To Watch Staff
holly humberstone
zine
d4vd
new year new zine 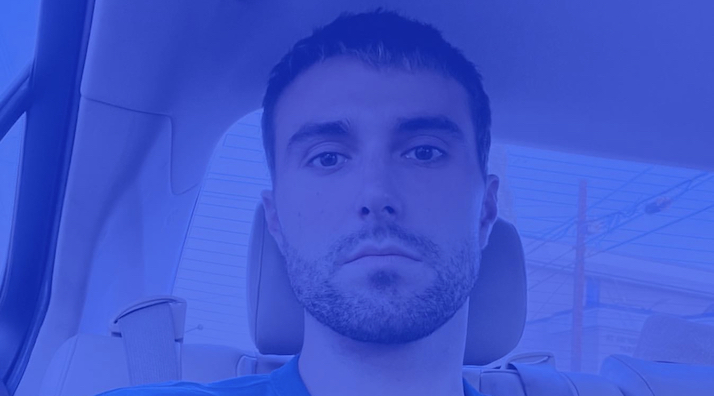 Fred Again..'s 'Actual Life 3' Is a Lifetime of Catharsis Crystallized Into One Stellar House Album