Harrison Storm has been developing a unique breed of alternative-folk in his native Australia since 2015. Having garnered attention for his warmth and sincerity in songwriting as well as his dexterous fingerstyle guitar and soulful vocals, this up-and-comer has scored supporting spots for shows with the likes of The Head and the Heart, Tash Sultana, Ziggy Alberts, and more. Now on the cusp of releasing his third EP Falling Down, Storm is partnering with Ones to Watch to exclusively premiere his latest single, "How to Help."

The young songsmith calls "How to Help" one of his "most personal songs to date," and the track doesn't disappoint. Defined by poignant lyrics, haunting melodies, and an expansive arrangement, the listener instantly feels an innate honesty in Harrison Storm's latest.

In celebration of the release, we sat down with Storm to discuss his songwriting process, tour highlights, and the artist's alternate identity as a superstar triangle player.

OTW: How did you get your start songwriting? Do you have any pearls of wisdom on honing your craft?

HS: Growing up my mom had an Ibanez acoustic guitar laying around the house. She was, I guess, a hobbyist when it came to songwriting. She'd just kind of write for fun. She had a bunch of unfinished songs that she would teach me, and I'd love playing them. As an exercise, I would finish them, add verses, change choruses, stuff like that. I guess that was my first introduction to actually writing songs.

It kind of progressed later on in my life, in my late teens, being interested in writing songs for myself. As for honing your craft, the best thing for me, since I never had any technical training in music, I found the best way to learn more about songwriting was to learn other people's songs that I loved listening to. I'd try to listen to their songs and figure it out by ear. It was already pretty simple with singer-songwriter music. I learned about how and why a song works that way. It took me a while to really get into that because I was way more into sports in my teenage years, but in my late teens/early 20s, I really started to focus on music and realize that I loved it a lot.

OTW: Ones to Watch is thrilled to premiere "How to Help," the latest single off of your upcoming EP Falling Down.  What's the story behind this song? What made you choose it as a single?

HS: Yeah. I had the chorus and melody in my head a few weeks before the day I actually kind of wrote it. I was overseas in between touring, and I was doing some writing and recording in this small town right outside of London. I was staying in this AirBnB by myself, and I felt pretty isolated, which is when I tend to write something. During that time, I had a phone call with somebody really close to me, and they were telling me about how this other person in my life that I care for a lot was going through a dark period in their life. Everybody around in that group really wanted to connect, but we didn't really know how to help out.

So that song really came out of a lot of frustration, but then a lot of compassion as well and trying to understand what this person was going through and how we could maneuver ourselves to have a more positive outcome. Most of the songs I write are pretty personal, but this one felt extra personal in a more relatable way. On the production side of things, I worked with my good friend Hayden Calnin, whom I've worked with a bunch before, and we kind of spent the day when we first had pre-production for the song just working through it. It was all really natural and nice, so it just felt right as a single.

OTW: What was the most memorable part about writing or recording Falling Down?

HS: The second song we released from the EP was a song called "Run," and it was kind of the first time I worked with these friends of mine over in the UK. They've got this awesome cozy barn in the countryside, which is where I wrote "How to Help" as well. I had a great few days with those guys, writing there amongst their family. We'd go and walk the dog between takes, it was just a nice laid-back country-style area. That first session we came out with "Run," and I was super stoked with it. I guess that's where this collection of songs really started.

OTW: Falling Down is your third EP. When compared to your earlier work, what do you think the project says about your growth as an artist?

HS: Um, I think I definitely have a better idea of how I want things to sound. I think earlier on I was kind of relying on the people around me a lot more in terms of trusting what they would say about how a song would sound, or about certain sections of the song. Now, with this EP in particular, I'm more comfortable with my sound, but that obviously comes with the flipside of being more exposed to the reception and hoping people will like it because it's still more me than the other stuff - even though I really do connect with my other songs. I just feel like this project has my name written all over it, from a visionary point of view.

OTW: You've toured with a handful of established artists like The Head and The Heart and Tash Sultana. What's a favorite story of yours from behind the scenes of a tour?

HS: I think recently, with another artist who is very well-established here in Australia, Ziggy Alberts. He's really making some waves and making a name for himself overseas. That was my first really big tour. It was like 30 shows in 40 days. There were a bunch of really special moments, but my favorite was in Paris. I had been there before but hadn't really had the chance to explore, and we spent the day as a group just kind of walking around the city being tourists. For me, that was just kind of a moment where I was thinking and being really appreciative of being able to travel and visit all of these places that I wouldn't be able to see outside of working in music. That was something that inspired me to see what else I can do and see where else I can go.

OTW: You're headed to the US soon to support The Paper Kites on their tour. Have you toured the US before? If so, how does it compare to Australian touring?

HS: Yes, I've been there a few times, but nothing vis-à -vis the shows I'll be playing with The Paper Kites. There will be a few more cities to tick off the list that I haven't been to before. I definitely find the States sort of compelling and interesting from a creative point of view. A lot of artists that I love are from that part of the world, so it's always super surreal to visit. And The Paper Kites are like one of my favorite bands. It's going to be crazy to be opening for them. Touring the US is definitely different from Australia. When you're traveling so far, and everywhere is so far away from Australia, you can kind of feel the appreciation from the audience that you came all this way play there. I always feel really welcomed in a warm way when I visit the states. I'm excited to experience that again... hopefully (laughter).

OTW: Where is a destination you haven't toured that you would like to?

HS: Well, there's a bunch of places. I'd really like to explore Eastern Europe a lot more. It'd be really interesting to stop by some Asian countries, too. I've always wanted to visit Japan.

OTW: If you could form a supergroup with any three other artists, who would they be and why?

HS: I would die if by some miracle I could be in a band with Jeff Buckley, even if I could just be playing the triangle or the tambourine. I don't think we need anybody else in the band (laughter), just me on the triangle and Jeff. I suppose Neil Young could be involved.

OTW: Who are your Ones to Watch?

HS: I'm going to be really biased, there are so many amazing Australian artists that are slowly rising up to the surface. Australia can be one of those markets that is really hard to crack through, and personally, I've got some amazing musician friends that are doing big things. I've already mentioned the guy who recorded with me, Hayden Calnin, who's got some really amazing music coming out. Another band called Jack the Fox, too. I'd say those two are definitely ones to watch. 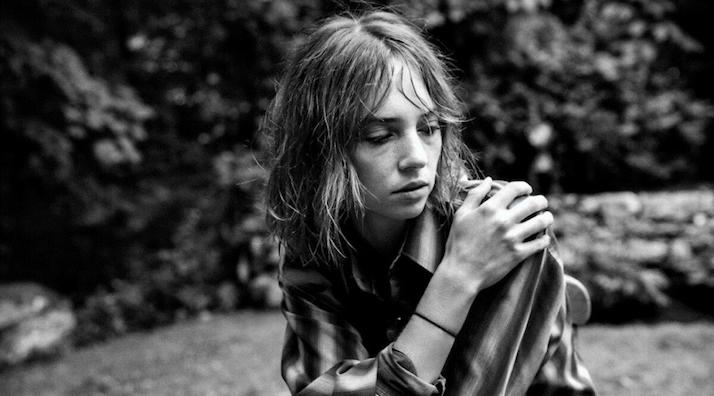