Hoodzy on Changing Direction, M.I.A., and Growing Up [Q&A]

Boasting hard-hitting lyricism and flow like no other, Michellie Pohutuhutu, better known as Hoodzy seizes attention with her charm and credence. With New Zealand blood running through her veins, the youthful rapper is actively on the move, holding ears captive all over the coasts of Australia.

Although she began her journey in the music industry at the relatively young age of thirteen, it wasn't until this year where the almost twenty-year-old made the leap to explore different genres and experiment with her own. A risk taker, fueled by courage and a bold certainty to succeed, her newest single "This Feeling" parades just that, trialling a new sound and showcasing her growth from teenage adolescence to adulthood.

Holding a personal philosophy of being yourself close to her heart, Hoodzy is all about seizing the day and taking control of her musical direction. Still learning as the days go by, this shift in gears marks the start of a new chapter. A formidable challenge for the MC, but definitely one she is able to conquer.

Assured by those around her she shares, "it's a little bit daunting, because hip-hop was really all I knew coming into it, but I do know that there's a community for me that will love my music just as much as I do." We were fortunate enough to get an inside look into who and what the young rapper takes inspirations from through an exclusive Ones To Watch interview in Australia.

Ones To Watch: Good to finally chat to you! How long have you been in the game for?

Hoodzy: I've been making music for a few years now. I'd say four or five years - maybe since I was about thirteen, which was basically around the time I dropped out of high school. Since starting music that's what I've been working towards, especially in the last few years where it's really gotten serious.

What got you into rapping?

I was always listening to music, wanting to make a sound of my own and be able to control what I wanted to listen to. I think having a big family that also enjoyed listening to music was also a big part of my life and so then I just wanted to try it out.

I'm curious. What inspired you to come up with the name Hoodzy?

Honestly, I was going with really anything ha-ha! Actually, it was more because I really liked Stormzy at the time and I was just like "hm, should I just copy it a little bit?" ha-ha. Something that sounds cool, I guess.

It has a good ring to it. I like it! Let's talk about your music, how would you describe it?

At the moment, the way I'm heading now in my music, I do kind of feel a bit on the outside of what's usually in my city's music scene. I came in with a very hip-hop influence and even my team that I work with are very hip-hop. It's a little bit daunting, because hip-hop was really all I knew coming into it, but I do know that there's a community for me that will love my music just as much as I do.

And there's nothing wrong with taking risks. How would you describe your sound now then?

I would say it's more on the alternative side, but it still has a bit of hip-hop influence in it. It's definitely straying away from the traditional sound you hear in the drill I was going with before.

Is there anyone or anything that influenced this?

For artists, I would say M.I.A., because she's just herself and not caught up in the mainstream. As weird as it sounds, TikTok had a massive influence on me and my sound. Honestly, it would be because it's on your phone and all the random sounds really make me think maybe that's the sound I want to make.

From your list of songs that you've released at the moment, is there one that represents you the most.

I'd definitely say "Hardcase" because that's a song where I was at my peak since when I first started. That was me when I was sixteen when I wrote that, so that part of my career resembles where I was at. But since then, there's been a lot of growth and also becoming an adult, which has let me explore my own things and be independent for a while.

Was it hard for you to learn how to make your own tunes?

Oh yeah definitely and I'm still learning. I'm nowhere near where I want to be.

Other than that, is there any other challenges you've experience throughout your career?

Writer's block was my biggest challenge. I would have spurts where I'd make heaps of music and then nothing - it'll be a cycle.

Every musician's worst enemy. What's your solution to it?

I've got to find the right environment to make it, and because I move all the time I'm never in the same city or apartment, so it's always hard to settle into it. But once I do I can make anything.

Is there a highlight from a live show that's stood out for you?

Probably a month ago, when I was performing the new song "This Feeling" and just hearing people screaming it back. There was a moment where the track cuts, and you can just hear everyone singing it to me - it was crazy and one of my favourites so far.

Woo a new song! Can you tell us more about it?

It's something that I've been working on for quite a while now, maybe end of last year? It's really different from the last release which I'm so excited for. I'm starting to have new stuff out now that I can perform and I'm looking forward to it.

Lastly, is there anything else you want to leave off with?

Thanks for coming across my music and there's definitely more fun and upbeat stuff to come. Nothing too serious, just have a good time listening to it! 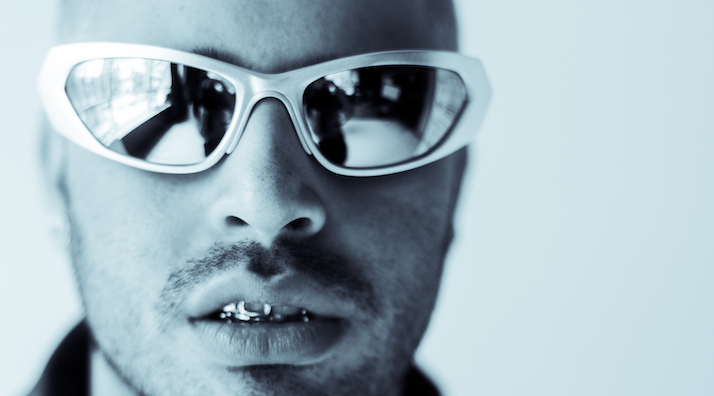