From emo lofi vaporwave to another genre category that I cannot tell if Spotify is making up just to mess with me, music in the 2010s sounded more varied than ever before. Artists, mainstream and bedroom-produced alike, gave way to strict stylistic and genre conventions, ushering in a generation of music that is best described as multi-hyphenate. So, rather than end the year and decade fighting amongst ourselves as to who did what best, we wanted to take the time to reflect on a collection of albums that stood out amongst their cohorts.

These are 15 of the most important albums of the last decade. Without them, the 2010s would have sounded and looked a whole lot different.

Kendrick Lamar - To Pimp a Butterfly

The idea of choosing a single Kendrick Lamar album as his most important body of work can at times feel like a fool's errand. How do you deny the raw, unfiltered power of Section.80? The haunting reality of good kid, m.A.A.D city? The beauty found in the unexplored notes of untitled unmastered.? The life lived and lost in DAMN.? Maybe it is a fool's errand, but To Pimp a Butterfly arguably saw Lamar at his peak, reigniting hip-hop's long-held love affair with the sounds of funk, soul, and most notably, jazz through a story that explores themes of African-American culture, institutionalized discrimination, and racial inequality.

By no means did Mac Demarco invent indie music, but modern-day indie music would likely not sound or look the same without him. The release of his 2012 sophomore album 2 arrived as a collection of lofi soft rock jams, but it was the standout single "Ode to Viceroy" that really cemented his place as indie music's cool uncle. And while albums like Salad Days  and  Another One would see him refining his trademark sound and exploring weightier themes, it was 2 that paved the way for both DeMarco and for indie music to flourish in the coming years.

A lot came and went with the 2010s, but few things brought as much staying power as K-pop. Now one of the most successful commercial genres in the world, it was BTS that served as the initial test to see if K-pop could really leave its impact on Western audiences. First making their debut in 2013, it was their 2018 concept album Love Yourself: Tear that would earn them their first spot atop the US Billboard 200, as well as making them the first Korean act to ever have an album top the Billboard charts. BTS kicked off K-pop's global takeover in glorious fashion.

By all accounts, YEEZUS is not Kanye West's best album, of his career or this decade for the matter. But what it is, is the start of a figure who, for better or worse, grew beyond the realm of rap superstar and into a larger-than-life figure. YEEZUS was the beginning of a decade that would see West pushing the boundaries of his artistic genius, his role as a public figure, and questioning whether society was willing to and should separate the man from the art, the genius from the person.

The 2010s marked an electronic music boom. With festivals, from Coachella to Lollapalooza, booking more and more DJs each year, skeptics hailed it as a bubble soon to burst. In reality, it was more of a fizzle that saw EDM carving out its own seemingly-permanent niche in the music landscape. Amidst that boom, we were introduced to one Harley Edward Streten. More popularly known as Flume, his 2012 debut solo project launched his career and ushered in a wave of more subdued, adventurous future house.

No album touched upon the atrocities of our war-torn reality quite like ANOHNI's 2016 debut album  HOPELESSNESS. Produced by Oneohtrix Point Never and Hudson Mohawke, HOPELESSNESS is a dark experimental electronic project that does not shy away from its difficult subject matter. Rather, it parades them for all to see in haunting, angelic fashion. A world on the brink of an environmental crisis, drone warfare under the Obama administration, capital punishment, and constant government surveillance all lay the groundwork for one of the most provocative and important protest albums of the 2010s.

Plain and simple, there is no creative out there like Frank Ocean, and his sophomore album Blonde may just be the best album of the decade. Blonde saw an Ocean unrestrained, freed from an unsavory record label deal and genre conventions. Not quite an R&B or pop album, Ocean's sophomore effort is akin to gently floating through the inner-psyche of this idiosyncratic creative. From unexpected voicemails to space-age melodies that drift into nothingness, Blonde is Ocean's best work to date and a high point for music as a whole.

The world has not been kind to emo rap or its brightest stars. 2017 saw the loss of Lil Peep. 2018 saw the loss of XXXTentacion. And most recently, 2019 saw the loss of Juice WRLD. Come Over When You're Sober, Pt. 2, the first posthumous and final album from Lil Peep, is a heartbreaking portrait of the star that could have been. More than anything, it sounds like the beginning of a dialogue we need to start having about how do we help and protect artists at their most fragile and broken?

Grimes gave credence to the term bedroom pop before it become a hackneyed blanket term for indie pop as a whole. Before she was an art pop purveyor or dating a tech mogul with dreams of space travel, she was an artist out of Montreal who found her footing going viral on Myspace. Blending the leftfield pop approach of Bjà¶rk, experimental electronica honed during her time spent playing raves in Canada, and a knack for Logic, we were gifted with Grimes' 2012 breakout project  Visions  and its alien hit "Oblivion." It is difficult to imagine 2019's wave of bedroom pop and anti-pop existing without Grimes' Visions to demonstrate the worlds you can create within your cramped bedroom walls.

If not for the release of IGOR, Flower Boy could have easily stood the test of time as Tyler, the Creator's magnum opus. An earth-shattering project that saw Tyler examining themes of isolation, identity, and his own sexuality, it felt like listening to the birth of a whole new artist. And in many ways, it was. Flower Boy was Tyler's first step into exploring the limits of his creative depth, sonically and artistically. This was the birth of one of the most innovative and fascinating creative minds of our generation.

Billie Eilish - WHEN WE ALL FALL ASLEEP WHERE DO WE GO?

Billie Eilish may just be the most famous person on the planet. The pop prodigy had the eyes of the world on her before she turned 18. Suffice it to say, it would be an understatement to say that the pressure and expectations surrounding her debut album were monumental. The result? An immaculately produced piece of dark pop that saw a Takashi Murakami collaboration and proved pop stars are getting younger and younger and better and better.

88rising - Head In The Clouds

Hybrid management, record label, video production, and marketing company 88rising is bringing Asian voices into the mainstream. A powerhouse of creatives that features the likes of Joji, Rich Brian, NIKI, Higher Brothers, AUGUST 08, and more, 88rising is a veritable cultural phenomenon. That growing phenomenon was captured in full on their debut crew album, which demonstrates the collective's range across R&B, hip-hop, and beyond. Head In The Clouds is an embodiment of the exact kind of Asian representation we need to be seeing in the music industry at large.

Beyoncé's Lemonade may be her opus, but HOMECOMING is her raison d'àªtre. Recorded live at Coachella in 2018, the live album signaled a landmark in black excellence. HOMECOMING: THE LIVE ALBUM is the sonic telling of the black college experience, the story of the first black woman to ever headline America's largest music festival, and an ongoing chapter of the power of black feminism. Beychella was awe-inspiring and nothing quite captures the historic experience as excellently as  HOMECOMING: THE LIVE ALBUM.

There is no denying that streaming is king. Whether that means the end of artists being able to make a living from their music is still out for debate, but one artist in particular who has benefited from music's streaming globalization is undeniably Chance the Rapper. Releasing all of his projects either free on Soundcloud or as digital-only mixtapes, Chicago's native son may just be the only reason the aforementioned Soundcloud still exists. And while Acid Rap first illustrated exactly what Chance could do on his own, it was Coloring Book that finally made the music industry at large pay attention, netting him the first-ever streaming-only album to ever win a Grammy.

The Saturation trilogy is the story of how a group of teenagers went from meeting online over a shared love of Kanye West to becoming America's favorite boyband. It is a trilogy of unabashed creativity paired with an unmatched drive that showcases BROCKHAMPTON at their highest and lowest. The pinnacle of this journey arrives in the conclusion and ensuing climax that is  SATURATION III, which turned the cult sensation into an international one. Now, with 2020 around the corner, the departure of Ameer Vann, who adorns the cover art of each part of the trilogy, Saturation stands as a crystallization of the journey BROCKHAMPTON has taken to make it to this point.

The most important albums are those that leave their mark long after a single listen, whether that be in their lasting influence or through a salient, real-world impact.

This project is a chance for artists and fans to take meaningful action to protect access to health care for millions of women, men and young people. We hope to further Planned Parenthood's mission to build a world where we all have full control over our own bodies and can determine our own destinies - regardless of race, immigration status, socioeconomic status, gender identity, or sexual orientation. It's writers, artists, musicians, comedians, visual artists, and other public thinkers - all making something together in support of health care and human rights. 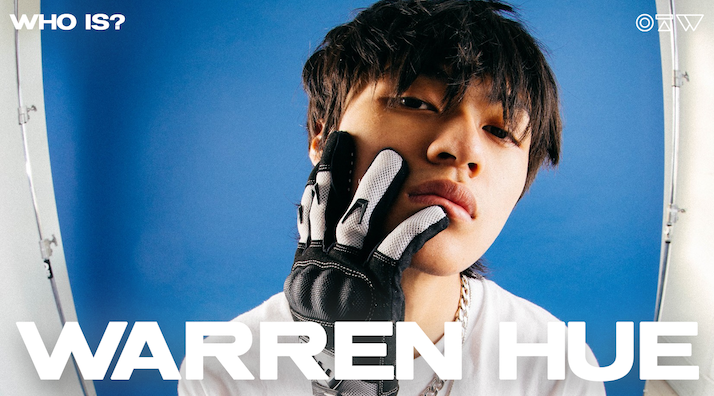