Camp Flog Gnaw, Tyler, the Creator's inaugural festival and carnival is right around the corner, and we here are Ones To Watch are counting down the hours. While we still do not know who this mystery headliner is - office bets are currently on Frank Ocean but some have thrown in a potential Kanye Sunday Service set - there is plenty to get excited over.

From Solange, BROCKHAMPTON, to the man, Tyler, the Creator himself, 2019's Camp Flog Gnaw lineup is undeniably stacked.  Yet, some of the best talent lies in the fine print. And with the festival days away, you may find yourself frantically doing last-minute research or planning how early you have to show up to Dodger Stadium for those exclusive merch drops, finding yourself unsure of which up-and-comers need to be on your radar. Well, go ahead and save yourself the time with our list of 11 not-to-be-missed acts at this year's Camp Flog Gnaw.

LAUNDRY DAY is Gen Z's answer to BROCKHAMPTON. Comprised of a group of high schoolers, the New York collective cites inspirations ranging from the aforementioned America's favorite boyband to Tyler, the Creator, so it came as little to surprise to see them scoring a coveted spot on this year's Camp Flog Gnaw lineup. And while the comparisons to BROCKHAMPTON abound, LAUNDRY DAY is undeniably their own entity, encapsulating themes and sounds wholly unique to their generation.

slowthai is without a doubt the most explosive act on this year's Flog Gnaw lineup. The Northampton, England artist is an enthralling amalgamation of UK's storied history of grime and punk told through a lens that has a less than favorable perception of Britain's reigning powers and systems. And as is evident by the title of slowthai's acclaimed debut album, Nothing Great About Britain, there is clearly no love lost to be had.

While rumors still abound as to if the mystery headliner is indeed Frank Ocean, you can at least take solace in the fact that Choker is performing. With a sublime vocal range and knack for otherworldly production that is sure to stop you in your tracks, Choker has long outgrown the Ocean comparisons that accompanied his initial emergence onto the music scene. Choker is an artist all his own and a breathtaking one at that.

Omar Apollo's music gives definition to the term effortlessly cool. The Indiana native crafts irresistible bedroom R&B that speaks to his Spanish heritage, while still presenting a forward-thinking vision for the genre. Combine that with touches of DIY instrumentation paired with a polished finish, and you have a set we will not be missing anytime soon. And don't even get us started on his Kenny Beats - produced, Spanish-sung "Frà­o," because we already halfway to fully swooning.

Dominic Fike is destined to be a pop star like no other. Striking gold overnight with the infectious earworm that is "3 Nights," Fike's blend of hip-hop, R&B, and anti-pop brought with It an unprecedented level of hype. The early promise was soon delivered on by numerous BROCKHAMPTON features and collaborations, as well as the Kenny Beats - produced "Phone Numbers" that scored our best and worst summer days.

Flog Gnaw's lineup is not without its fair share of standouts but no act stands out quite like Elephant Gym. Finding inspiration in the likes of Toe, LITE, and Tricot, the Taiwanese trio breathes life into their bass-centered bright, rhythmic math rock. Elephant Gym is bound to be the jam session to end all jam sessions, and Flog Gnaw is one of the few places you can bear witness to it all unfold.

When Clairo first became a viral sensation with her iMovie-recorded "Pretty Girl," she was touted as the poster child of bedroom pop and anti-pop alike. Yet, it is Immunity that will likely go down in lasting history. Produced by Rostam, of Vampire Weekend fame, Clairo's debut album arrived as a brilliant illustration of the promising artist's personal growth and limitless depth. Immunity is Clairo's coming-of-age story and Flog Gnaw is set to be a striking chapter.

Truth be told, you never know what to expect from a Taco DJ set. Well, actually, one thing you can expect is that it will be a hell of a time. Last year saw the Odd Future member bring out Juice WRLD to what basically amounted to a surprise set. Taco's DJ set is the place to be at if you are looking to catch who will likely be at the top of Flog Gnaw's lineup come next year. Plus, it was basically the closest we got to a Frank Ocean set last year.

Destiny Rogers suddenly emerged out of a small town in Northern California to massive acclaim, all without losing her homegrown roots. The 19-year-old pop and R&B artist quickly became one of today's most promising rising artists with the release of her infectious single "Tomboy." More than just an impressive debut showing, Rogers would soon finder herself earning praise from the likes of Billie Eilish, Ariana Grande, and plenty more.

When Steve Lacy dropped his critically-praised album, Apollo XXI, earlier this year, there was only one feature present: DAISY. The Los Angeles - based band has been described as making loud jazz, punk R&B, and "music for kissing." And whatever you may end up calling DAISY's music, one thing is certain. One listen will have you hooked.

Tommy Genesis can and will do it all. Citing inspirations ranging from multimedia artist Tracey Emin to Japanese photographer and contemporary artist Nobuyoshi Araki, the Canadian - born artist's dark and hypnotic vision for hip-hop begins to take shape. It is one inspired and influenced by a range of creative mediums, from poetry, film, to modern art, and one she is sure to bring in full force to her Camp Flog Gnaw set. 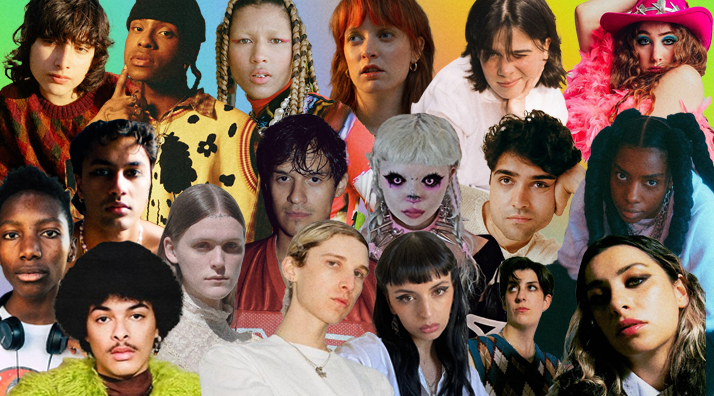 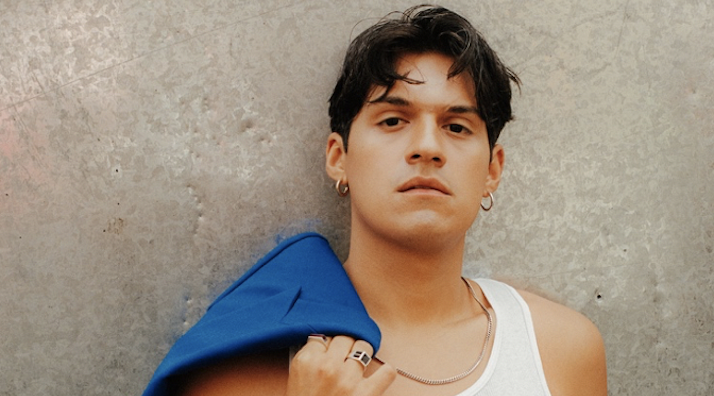